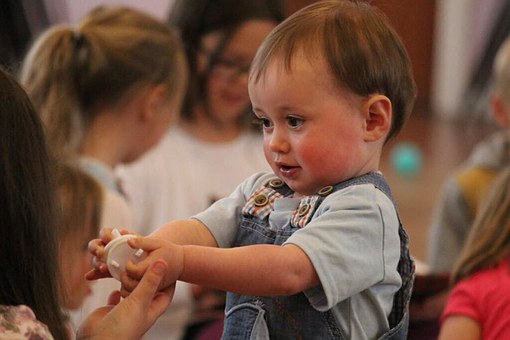 Young children catch everything those first few years in a day care or preschool setting.

Not surprisingly, their immune systems are immature, just like them. The fallout can be considerable: besides making a child miserable, school and parents’ work days are lost and cost is incurred to the medical system.

Can probiotics help in prevention?

Giovanni Corsello and his colleagues from research centers across Italy looked at the effect of cow’s milk fermented with a strain of Lactobacillus paracasei on common infectious diseases (CIDs) in children attending day care or preschool. The CIDs included acute gastroenteritis, rhinitis, otis media, pharyngitis, laryngitis and tracheitis.

Prior studies cited by the authors showed that milk fermented with this particular strain of L. paracasei exerts anti-inflammatory properties. Interestingly, an inactivated probiotic –also used in this study– had a positive effect on the immune system. Peptides produced during fermentation have a part in the impact. Also, because no living microbes are used, bacterial drift is contained and storage is not a factor.

Incidence of common infectious diseases and innate immunity biomarkers were monitored during a 3 month follow-up.

The authors say that these results are hopeful, especially given the growing numbers of children attending centers.

“However, it is important to recognize that this RCT studied a specific fermented product with a specific probiotic strain, a well-defined dose, and age group, and that these findings cannot be extrapolated for other fermented products based on different probiotics strains.”

Take-away: Until we get the magic formula, feed your child fermented foods. Yogurt is a good start.