You are here: Home / Clinical Corner / As Asthma Rates Rise, So Does Interest in Microbes 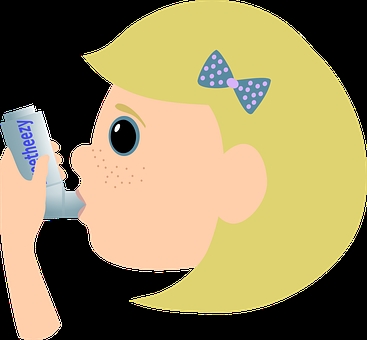 Progress is not always pretty.

Polluted air, water and soil are part of the price tag on fast cars, potent drugs and cheap beef. Health can suffer.

Faced with environmental toxins, our bodies secrete cytokines which induce multiple responses played out in the lungs, airways and immune system. This specific type of allergy named asthma is episodic or chronic inflammation of airways along with bronchial overdrive.  Asthma rates are soaring.

The nature of the problem—inflammation—suggests that gut microbes may have a modulating effect; various research connects the two.

Microbes are important immunomodulators,  spawning regulatory T cells which can turn off inflammation. This anti-inflammatory effect is thought by researchers to be a possible mechanism for the benefit of probiotics in asthma.

Probiotics may stimulate peripheral blood monocytes cells (PBMCs) which leads to improvement in immune biomarkers. In a 2015 study, a combination of strains of Lactobacillus salivarius and Bifidobacterium breve decreased the secretion of proinflammatory cytokines via PBMCs.

Many studies suggest that prebiotics and probiotics may allay asthma.

In rodent asthma models, a strain of Lactobacillus rhamnosus inhibited allergan-induced asthma. And in another: germ-free mice when given four bacteria known to be reduced in children at risk of asthma demonstrated reduced airway inflammation in adult offspring.

For humans, results were less clear. In a 2015 Norwegian study of maternal probiotic ingestion during the perinatal period in humans, offspring incidence of asthma at six years of age was not affected compared to placebo.

While allergies often respond well to probiotic treatment, the effect in asthmatics varies. Strain is crucial because  impact varies by strain; each probiotic strain is a unique organism, quite different from even closely related strains.

Prebiotics are also shown to be promising in the prevention of allergies as animal and human studies have produced positive results. The protective effect may be mediated by an increase in probiotics as well as metabolites such as short chain fatty acids.

An excellent 2017 review in Frontiers in Pediatrics concluded with:

“There is no positive recommendation from any scientific community to use specific probiotics for the prevention of food allergy or other allergic manifestations, but their use in prevention as a whole class has widespread in clinical practice.”

Takeaway: It’s early in the game. But probiotics look to be gaining on them.