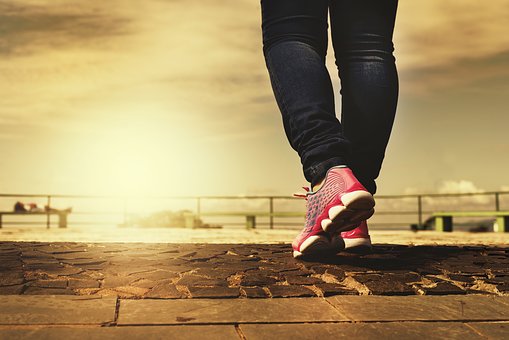 Baby, we were born to run.

Despite that innate need to move, few of us do enough exercise for optimum health. Even our microbes will vary depending on movement. For example, endurance athletes harbor different microbes than sedentary people.

A new study from the University of Illinois at Urbana-Champaign tracked changes in the guts of 32 non-exercisers who started a new routine. Half were obese and the rest were lean.

The subjects increased their exercise from 30 minutes of easy effort to an hour of strenuous jogging or biking over six weeks. Diets did not change. The microbes were analyzed before and after the six-week period.

Numbers, types and even genetic material had changed; everyone responded uniquely yet certain patterns emerged. Helpful short chain fatty acids (SCFAs) increased as well as the microbes that produce them in the lean participants but not the obese.

As SCFAs decrease inflammation, this may explain how exercise can reduce inflammation. Furthermore, these changes disappeared with time.

These findings suggest that exercise training induces compositional and functional changes in the human gut microbiota that are dependent on obesity status, independent of diet and contingent on the sustainment of exercise.

Get moving. Your aches and pains may be a sign that your body needs sustained, vigorous movement. It’s not so surprising, given our Homo sapiens heritage as hunter-gatherers.