You are here: Home / Clinical Corner / In Melanoma, Microbes Show Game in the Skin 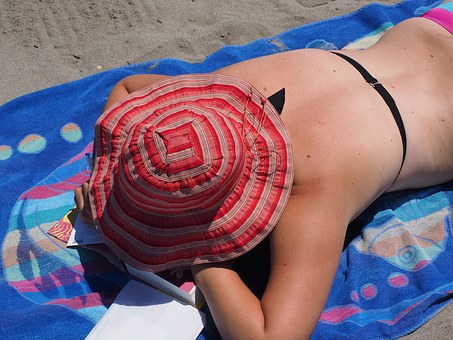 Skin: We ignore it, tattoo it and burn it on beaches and tanning beds.

Besides its brutish name, skin also gets little respect for its crucial job of protecting the human body from toxins and dehydration.

Skin is the largest organ we have, beating out big hearts and hungry stomachs by a long shot. It is a complex ecosystem home to diverse innate and adaptive immune functions—basics to fending off infection.

Until recent genomic advances, the immune barrier was thought to be fairly uniform. Now however research is constructing a map of microbial communities that live in a range of physiologically and topographically distinct niches.

As one report  illustrated:

“For example, hairy, moist underarms lie a short distance from smooth dry forearms, but these two niches are likely as ecologically dissimilar as rainforests are to deserts.”

All sorts of things predict which microbes thrive and where: humidity, temperature, pH, sebum and sweat. And add to those all the ways humans alter their skin microbiomes: antibiotic exposure, hygienic practices (deodorant, makeup, lotions and creams) and lifestyle changes (diet, exercise, tobacco, alcohol).

A severe and often fatal malady of the skin is cancer. An abnormal growth of cells, skin cancer comes in three main types— basal cell carcinoma, squamous cell carcinoma and melanoma. Skin cancer strikes when errors (mutations) occur in the DNA of skin cells. The mutations cause the cells to grow out of control and form a mass of cancer cells.

Could microbes be part of this picture?

A new study found supporting evidence in Staphylococcus epidermidis (S. epidermidis) which is a predominant colonizer in skin.

Certain strains of staphylococcal species produce proteins that work together with antimicrobial peptides to protect against infectious pathogens. For example, S. epidermidis selectively kills bacterial pathogens and reduces inflammation after injury among other tasks.

They saw that specific strains of S. epidermidis produced a nucleobase analog with the capacity to inhibit DNA synthesis. Using mice, the researchers applied the bacteria or the analog topically or injected them by IV.

Good news: this molecule or the live S. epidermidis strain itself suppressed tumor growth in vivo.

A commensal strain of Staphylococcus epidermidis protects against skin neoplasia was published in February of 2018 in Science Advances online.

As ozone levels are depleted, the atmosphere loses more and more of its protective filter function and more solar UV radiation reaches the earth’s surface. New Zealand and Australia have the highest rates while India and Egypt are among the lowest. Light-skinned people living in high ultraviolet exposed regions are most at risk.

The skin microbiome may be a key player in host defense, resisting tumor growth. Nevertheless, cover up with clothes and sunscreen as the intense sun of summer arrives.