You are here: Home / Clinical Corner / Gut microbiome keeps intestinal cells healthy: cell assays to assess the mechanism of action of pre- and probiotics in the gastrointestinal tract 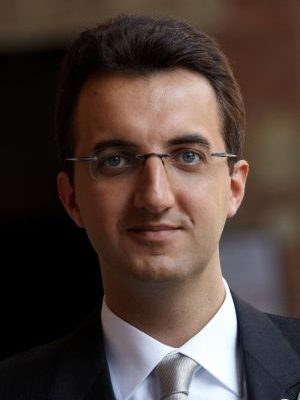 The intestinal microbiome affects intestinal health at multiple levels. Intestinal bacteria produce several metabolites, which positively influence the intestinal epithelial barrier function and wound healing1,2.  Also, gut bacteria prevent the colonization of pathogenic bacteria, by inhibiting their adhesion and by producing antimicrobial components. Further, the intestinal microbiome shapes the immune system, controlling the equilibrium between immune tolerance and immune activation.  Dysbiosis of the gut microbial community affects this fine interplay at all levels and it is correlated with numerous diseases, like inflammatory bowel diseases (IBD) such as Crohn’s disease (CD) and ulcerative colitis (UC), irritable bowel syndrome (IBS), metabolic diseases and autoimmune disorders 1. Common to these diseases is a disrupted intestinal barrier function, a key event in the onset of the pathology3,4. This leads to uncontrolled trafficking of the luminal content to the lamina propria, with improper activation of the immune system (a process known as ‘leaky gut’). Therefore, novel therapies based on the restoration of the gut microbiota are emerging as a treatment for IBD and IBS5. As a consequence, validated assays demonstrating the efficacy of pre- and probiotics on both the gut microbiome and the host are needed.

Nowadays, several simulators of the gastrointestinal tract exist, allowing to mimic in vitro intestinal microbial processes. This offers the opportunity to study the effects of pre-and probiotics on the microbial community, either in healthy or diseased conditions6. Interestingly, questions related to bacteria-host interactions can further be addressed by coupling these systems with in vitro cell-based assays. Therefore, this approach allows to evaluate the effect of pre- and probiotics plus all the metabolites produced by the gut microbiota during the digestive steps, on the host.

Several cell-based assays allow to investigate the impact of a pre- or probiotic treatment in terms of i) intestinal barrier function and immune-modulatory properties; ii) modulatory effects on tight junction proteins and mucin production; iii) recovery from mechanical damages; and iv) adhesion/invasion of pathogens.

Intestinal epithelial-like cells (Caco-2) can be co-cultured with different types of immune cells (THP1, PBMCs), mimicking a ‘leaky gut’, characterized by intestinal permeability and pro- and anti-inflammatory cytokine production7,8. By applying samples, collected from a prebiotic incubation in a gastrointestinal simulator, it was shown that a dried yeast fermentate had prebiotic-like modulatory effects on the gut microbiota and significantly decreased inflammation in this Caco-2/THP-1 co-culture model9. Probiotics, which are living microorganisms, exert beneficial effects either directly on the host or by modulating the intestinal microflora. Apical administration of Lactobacillus rhamnosus GG (LGG) protected against IFNγ/TNFα-induced intestinal epithelial barrier loss in a Caco-2 transwell system and suppressed pro-inflammatory cytokine production10. Furthermore, daily administration of LGG to 39 UC patients in a randomized study, demonstrated inhibition of disease progression by this probiotic administration11, illustrating the relevance of testing pre- and probiotics in this in vitro cell assay.

A healthy intestinal epithelium maintains its selective barrier function through the formation of tight junctions and the presence of a mucus layer to protect the epithelium from chemical damages and invading pathogens. It also creates a positive environment for beneficial commensals. Expression of tight junction proteins is affected by cytokine production, pathogens and various drugs3. For instance, IFNγ and TNFα downregulated occludin expression, while IL-4 and IL-13 increased the expression of claudin-2, known to increase permeability. Also, in IBD patients, expression of occludin and the sealing tight junction proteins claudin-3, -4, -5 and -8 was found to be decreased, while claudin-2 expression was enhanced. Beneficial effects of probiotics have been attributed to the restoration of the number and function of the mucus-producing goblet cells1, demonstrating the need for reliable models to investigate these effects. As such, a co-culture system of Caco-2 cells with the mucin producing HT-29-mtx cells, mimics a healthy epithelial cell layer and allows to investigate potential improvements of tight junctions and mucin production due to specific treatments.

Dysbiosis of the gut microbiome facilitates the adhesion of pathogenic bacteria to the intestinal epithelial cells1. Cell-based adhesion/invasion assays allow to screen for the enteropathogenic capacity of bacteria. In addition, they can be used to assess the influence of pre- and probiotics on the adhesion and invasion capacity of enteric pathogens, directly or by modulating the gut microbiome. For instance, the probiotic Escherichia coli strain Nissle 1917 was able to prevent adhesion and invasion of the pathogenic adherent-invasive E. Coli strain (AIEC) to intestinal epithelial cells12.

To conclude, microbiome-host interactions are of key importance in the prevention of multiple diseases, making it an interesting therapeutic target. In vitro models which allow to study the impact of pre- and probiotics both at the level of the microbiome and the host are as such very useful to pinpoint the potential mechanism of action of these actives.

Massimo Marzorati graduated in 2003 from University of Milan in Biotechnology and in 2007 he obtained a PhD in the field of microbial ecology. In the same year, he started as a post-doctoral researcher at CMET, Ghent University. His main research interest is the interaction between intestinal bacteria and human health.

In 2008, he co-founded ProDigest, a spin-off company from Ghent University, which provides customized services in the field of gastrointestinal transit, bioavailability and metabolism, to the operators in the food and pharmaceutical industry. Today he is the CEO of ProDigest.