You are here: Home / Microbiome Environment / A Case for Probiotics in Gas-Related Symptoms 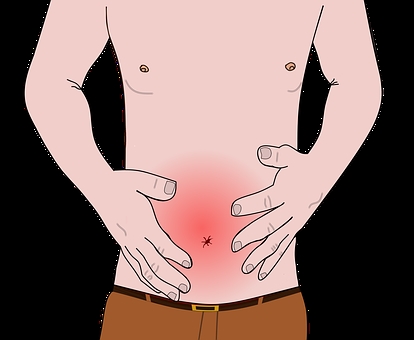 Eat more fiber, dietitians advise. To be sure, health-conscious, disease-fearing humans love their beans, fruits, vegetables and whole grains — until the dreaded intestinal gas shows up in the end.

Healthy plant-based diets are rich in fermentable residues. These components (resistant starches, pectins, cellulose and others) arrive in the colon after incomplete digestion and absorption in the small bowel. Gas is produced during their fermentation by the colonic microbiota.

Most people —adults at least— prefer to limit gas production. Not only uncomfortable, it is less than pleasing to bystanders, even under expanded social distances. Gas volume depends on diet (mainly amount of fermentable residue reaching colon) but is also linked with an individual’s gut microbiota. Indeed, human gut microbiota encodes for a large variety of carbohydrate-active enzymes and this may vary between subjects. While over 70% of the gas produced in the process of microbiota fermentation of meal residues is absorbed into the blood and eliminated by breath, and another part of the gas is disposed of by gas-consuming microorganisms, the remainder, however, is released as flatus.

Accordingly, a bean burrito is not an equal opportunity experience for all. Even healthy people with flatulence and bloating may start avoiding fibrous foods such as apples, cabbage, and yes, beans.

On the other hand, flatulence and bloating are also a problem in conditions  such as inflammatory bowel disease (IBD) and Irritable Bowel Syndrome (IBS). A diet restricted in fermentable carbohydrates  like the Low FODMAP diet (fermentable, oligo-, di-, mono-saccharides and polyols) can be used to manage gas-related symptoms by identifying trigger foods with the help of a health professional. However, the low FODMAP diet has impacts on the gut microbiota and is not designed as a long-term solution. Although robust scientific evidence is lacking, over the counter medications are also popular remedies to relieve gas-related symptoms.

Whether a symptom of something worse or a mere side effect of a hearty fiber helping, gas-related symptoms demand our attention. Balance in the microbiome is crucial for efficient digestion and nutrient absorption — in sickness and in health.

Researchers recently asked whether probiotics would help improve tolerance of a plant-based flatulogenic diet in healthy people. In the study, they hypothesized that a fermented milk product containing probiotics may reduce subjective and objective components of flatulence in healthy subjects challenged by a diet rich in fermentable residues.

In an open-design, a 3-day high-residue diet was administered to 63 healthy subjects before and following 28 days consumption of a fermented milk product (FMP) containing probiotics (lactic acid bacteria and a strain of Bifidobacterium animalis subsp. lactis)

Consumption of the FMP with probiotics:

“Some of these specific genera are linked with the metabolism of hydrogen, including Methanobrevibacter, Succinivibrio, and Desulfovibrionaceae that might reflect a trade-off in the balance between gas-producing and gas-consuming microorganisms.”

The authors concluded that the improvement of digestive symptoms may be related to both the gut microbiota metabolism of plant substrates and an effect probiotics may have on gut sensitivity.

In addition, an earlier study in healthy volunteers showed that probiotic intervention (five Lactobacilli strains and two Bifidobacteria strains, once a day for 60 days) may reduce flatulence through downregulation of Methanobrevibacter abundance. Certainly much of the available literature in this vein addresses the benefits of probiotics in disease states and associated flatulence rather than in healthy subjects.

Fiber in diet is crucial to human health. Yet too many people avoid these foods based on unpleasant effects from fermentation of indigestible residues. When you intend to increase your fiber intake and are concerned about side effects, make the increase gradual and habituation will usually occur. On top of that, if specific probiotics can improve tolerance and ease this transition to a healthier diet rich in plant-based foods, that will be welcomed. Imagine being able to enjoy lentil soup and roasted cauliflower at the same meal!