You are here: Home / Microbiome Environment / Bariatric Surgery: A Role for Probiotics? 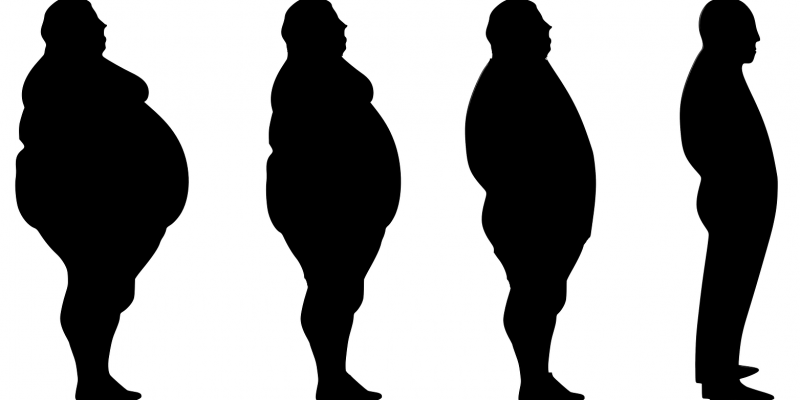 Bariatric surgery improves metabolism and inflammation in severe obesity and is associated with gut microbiota modifications. However, the role of the gut microbiota in inducing these beneficial changes is controversial in part because the surgery may not fully restore microbial balance. Recent research has attempted to disentangle the complex relationship as well as elucidate a potential benefit for the use of probiotics in bariatric patients.

A dramatic rise in extreme obesity over the last few decades has led to a subsequent burst in bariatric surgical procedures. In 2021, the International Federation for the Surgery of Obesity and Metabolic Disorders reported 507,298 operations in 50 countries, a number that was likely reduced by the effects of the COVID-19 pandemic on slated elective surgeries. A meta-analysis in 2021 found that bariatric surgery was associated with a 59% and 30% reduction in all-cause mortality among obese adults with or without type 2 diabetes, respectively. That said, bariatric surgery is associated with relatively large risks and complications, compared to other treatments for obesity.

Gastric bypass and other weight-loss surgeries — known collectively as bariatric surgery (BS) —involve making changes to the digestive system to induce rapid and substantial weight loss. These are major procedures preserved for extreme obesity (body mass index (BMI) of 40 or higher) or for obesity (BMI is 35 to 39.9) when accompanied by a serious weight-related health problem, such as type 2 diabetes, high blood pressure, or severe sleep apnea.

The most common surgical approaches are Roux-en-Y gastric bypass (RYGB) and sleeve gastrectomy (SG), both done by laparoscopy.

RYGB is a technique that couples the reduction of gastric volume and a detour of the proximal intestine, while SG is a restrictive technique in which 80% of the greater curvature of the stomach is resected.

Bariatric surgery and the microbiome

Low microbial gene richness (MGR), exhibited by 75% of individuals with severe obesity is associated with increased BMI, inflammation, and insulin resistance. After BS, there is an important shift in the structure and diversity of gut microbiota that is believed to play a significant role in metabolic improvements experienced following BS.

A recent review of 33 articles reported an increase in the population of the Bacteroidetes phylum with the Firmicutes/Bacteroidetes ratio reduced during the loss of weight, along with an increase of Proteobacteria. Studies reveal that surgery-related taxonomical changes shaped the functional capacity of microbial populations within the first three months postoperatively and this effect was sustained for up to nine years.

However, despite increases in MGR along with dramatic weight loss and improvement of metabolic markers observed after weight loss surgery, MGR is not fully corrected at one year after RYGB and it remains similar up to five years after surgery.

The lack of full rescue post-BS calls for additional strategies to improve the gut microbiota ecosystem and microbiome-host interactions in severe obesity.

The type of surgery seems to make a difference. In a small study in diabetic obese women, it was observed that with similar weight loss and glycemic improvement, RYGB had a deeper impact on bacterial composition and putrefactive metabolism than SG.

Obesity is associated with reduced gut microbial diversity and a high rate of micronutrient deficiency. Whereas BS produces sustained weight loss and improvements in obesity-related comorbidities, severe dietary restriction and impaired absorption following BS lead to nutritional deficiencies that are disruptive to the microbial ecosystem. Furthermore, life-long vitamin and mineral supplementation are needed.

Probiotic use after surgery

Probiotics are commonly used after bariatric surgery, but human studies on the efficacy of conventional probiotics after BS are few.

Oral administration of probiotics has reduced gastrointestinal symptoms in patients following surgery in the following studies:

In a study on60 patients who underwent gastric bypass for severe obesity and experienced postoperative symptomatic GI episodes, a reduction of symptoms has been observed from as early as two weeks post-treatment with probiotics.

And in a study with 44 patients, Lactobacillus probiotic administration improved bacterial overgrowth, vitamin B12 availability, and weight loss after RNYGB. Regarding vitamin B12, BS results in a decrease of intrinsic factor needed for vitamin B12 absorption leading to an increased risk of deficiency postoperatively. Probiotic supplementation may attenuate that risk.

Bariatric surgery favors changes in intestinal microbiota (albeit with only partial restoration of MGR) with a relative increase of the Bacteroidetes and Proteobacteria phyla, along with a reduction in Firmicutes. The usage of probiotics seems to reduce gastrointestinal symptoms post-surgery and favor the increase of vitamin B12 synthesis. A small body of evidence (four studies, 172 participants) suggests that probiotics may help adults with obesity in achieving further waist circumference improvement after BS, however, with no significant effect on weight, BMI and C-reactive protein. Thus unfortunately, studies in the field are scant, and more clinical research is needed.