You are here: Home / Archives / Chill Out with Popsicles 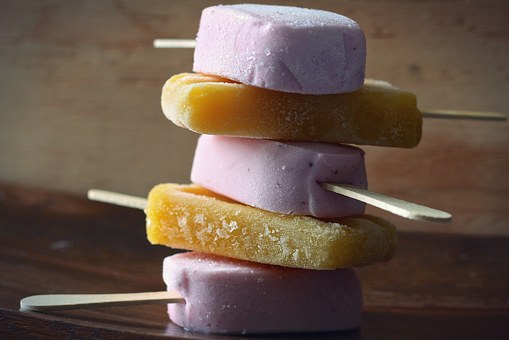 Summertime and the living should be easy.

But with pools, camps and playgrounds mostly closed due to COVID-19, kids are restless. While this year is tough on all of us, small surprises like icy popsicles may ease the heat and stress.

Also, popsicles made with kombucha, kefir and yogurt may boost the probiotic content in your family’s diet. Plus they are incredibly easy—and fun— to make. You can ferment your own, but shortcuts like store-bought kombucha, kefir beverages and yogurt will be just as delicious.

These recipes make six popsicles. Prepare the ingredients as below, put in a blender, and pulse until smooth. Then pour into popsicle forms and freeze for about 4 hours. That’s it!

As you can see, variations on these healthy treats are endless. Feel free to swap vegan, plant-based options for the milk-based ingredients. And take advantage of the fresh fruits as they appear in the grocery stores and farmers stands throughout the season. Any of your children’s favorite fruits will be delightful.

Another idea: add small chunks of fresh fruit to the blended mix right before freezing. Lace with chopped up fresh mint (spearmint or peppermint) to add an exotic bite.

A 2019 article titled Fermented Foods: Definitions and Characteristics, Impact on the Gut Microbiota and Effects on Gastrointestinal Health and Disease is a good resource on kombucha and kefir, from which the following paragraphs are adapted. Warning: not a beach read.

Traditional kombucha is produced through aerobic fermentation of black or green tea and white sugar by a combination of bacteria and yeast, known as the symbiotic culture of bacteria and yeast (SCOBY).The bacterial and fungal species constituting the SCOBY typically include acetic acid bacteria, lactic acid bacteria, and yeasts. Though there is little accumulated research on the effects of kombucha on gut health in humans, new research highlights potential health promoting properties.

Traditional kefir is a fermented drink produced by adding a starter culture termed “kefir grains” to milk. Kefir grains consist of yeasts as well as lactic and acetic acid producing bacteria. A wide range of microbial species — more than 50 species have been identified in kefir grains. Kefir has exhibited antimicrobial activity and has shown impact on the gut microbiota in animal and human studies, as the review supports.