You are here: Home / Microbiome Environment / CRISPR for Next-Gen Probiotics 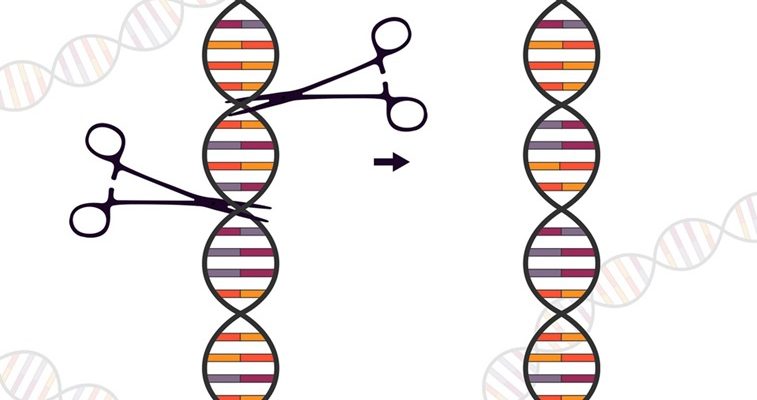 “You may be a surprised,” said Rodolphe Barrangou, PhD, “but we already live arguably in a post-CRISPR world where some people afflicted with genetic disease have already been treated with and cured with genome-editing based gene therapies.”

For those of us still living in a pre-CRISPR world, Dr. Barrangou presented “Implementing the CRISPR craze in probiotics: genome editing for next-generation microbial solutions,” a lively introduction to CRISPR by way of explaining its place in the probiotic world. A professor in Probiotics Research at North Carolina State University, he was a keynote speaker at the recent IPA World Congress and Probiota Americas 2020 digital summit.

Certainly CRISPR is an acronym you will want to remember: Clustered Regularly Interspaced Short Palindromic Repeats.

The first description comes — as science often does — from an accidental discovery. While trying to clone a gene in 1987, researchers from Osaka University in Japan came across an odd sequence of repeats arranged in an atypical fashion. Their function was unknown.

In the decades that followed, evidence emerged from researchers in the Netherlands and Spain to explain the strange sequence, which was eventually dubbed CRISPR to alleviate confusion.

In essence, CRISPR was initially assumed to be an elaborate defense system to recognize and destroy viral genes that the organisms had encountered before. Soon scientists created simulated CRISPR molecules that could target cells themselves. And best of all, CRISPR was easier, cheaper, faster and more accurate than previous gene-editing methods.

These sequences — found in bacteria and archaea —   are derived from DNA fragments of bacteriophages from a previous infection. Next time around, similar infecting agents will be detected and destroyed. CRISPR works alongside sequences named Cas, which are CRISPR-associated proteins that can recognize and cut foreign pathogenic RNA and DNA. CRISPR-Cas systems provide adaptive immunity

CRISPR-Cas use in probiotics

In his labs, Dr. Barrangou focuses on the characterization of CRISPR-Cas systems and their applications in bacteria and probiotic function. These include genotyping, phage resistance, and genome editing to understand and enhance health-promoting functions of interest. CRISPR-Cas systems are being deployed to engineer designer probiotic strains of bacteria and yeasts with enhanced functionalities. Specific focus is on genome editing to decipher Lactobacilli functional genomics, and showcase how the new technology is used in L. acidophilus, L. casei, L. rhamnosus and L. crispatus for flexible genetic manipulation.

For example, genetic engineering of L. crispatus points to potential development of next-generation probiotics for women’s health including enhancing the probiotic features or the development of vaccines against infectious diseases and sexually transmitted diseases.

Recall that L. crispatus is one of the predominant species in the human vaginal microbiome. Implicated in the maintenance of a healthy status, L. crispatus may fend off invasive pathogenic bacteria through various means.

Dr. Barrangou’s complete presentation is still available free of charge at IPA World Congress + Probiota Americas Digital Summit 2020. He said the CRISPR literature is exploding with over 20,000 papers focusing not just on gene therapies but all kinds of relevant organisms including microorganisms and bacteria of industrial interest and food and feed interest.

His enthusiasm for the work was palpable:

“The trends for CRISPR are just unbelievable from the quantitative standpoint: In the past 8 years, since the advent of CRISPR- based technologies with genome editing, about 200,000 labs in the world have received those powerful tools. There are over 10,000 variants of those tools for 500 labs…disseminated in over 100 countries. “

The revolution is underway.

The Nobel Prize in Chemistry 2020 was awarded jointly to scientists Emmanuelle Charpentier and Jennifer A. Doudna  for the discovery of “one of gene technology’s sharpest tools: the CRISPR/Cas9 genetic scissors.” Doudna co-authored a popular book on the topic: “A Crack in Creation: Gene Editing and the Unthinkable Power to Control Evolution” with Samuel H. Sternberg. The authors stated that CRISPR   “offers both the greatest promise and, arguably, the greatest peril for the future of humanity.”

Unquestionably, the ethical challenges are many as seen in a notorious incident that shocked the global scientific community.

In 2018, Chinese researcher He Jiankui used CRISPR to edit the DNA of human embryos (to make them less susceptible to HIV) which were then implanted in women. The first CRISPR babies were born nine months later.

A Chinese court sentenced He to three years in prison and fined him 3 million yuan (US$430,000) for “illegal medical practice” and handed down shorter sentences and lesser fines to two colleagues who assisted him. They were also barred from future work with human reproductive technology.

As scientists continue their work with CRISPRs and CRISPR-associated (Cas) proteins applications in bacteria and probiotic function, they must strive to ensure that the promise outweighs the peril.

The promise in probiotics is clear: Understanding function and developing next-generation probiotics should define a better path to health across the spectrum.