You are here: Home / Microbiome Environment / Can Probiotics Affect Decision-Making? 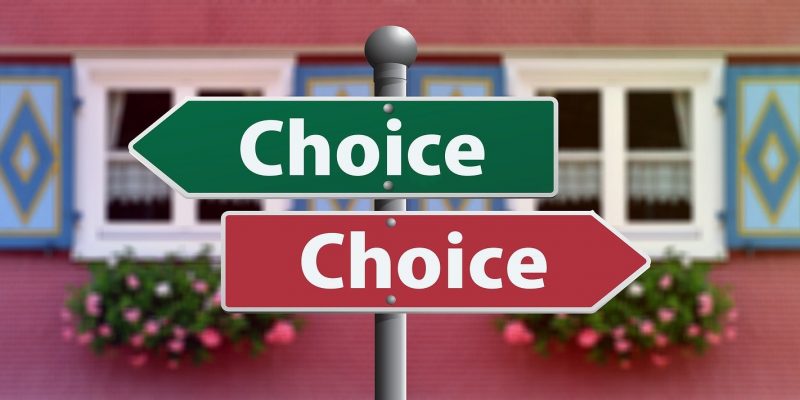 Following your gut instincts is one way of making decisions. Now emerging research suggests that the gut may be more involved in decision-making than previously thought. Choices may be influenced by microbial mechanisms in the gut.

Whether or not those decisions are prudent may actually depend partly on gut microbiota. The proper ecological balance of the gut microbiota is known to affect cognitive function and fundamental behavior patterns, such as social interaction and stress management.

Recently, a team of researchers in the Netherlands investigated whether administered probiotics would affect risky and intertemporal (relationship between past, present, and future events or conditions) decision-making in human subjects.

The gut-brain axis and decision-making, background

Animal models and human neuroimaging studies reveal that the gut microbiota can influence the interaction between the central and the enteric nervous systems via the gut-brain axis (GBA) and can affect brain regions linked to basic emotional and cognitive processes. This interaction between microbiota and GBA is bidirectional, namely through signaling from gut-microbiota to brain and from brain to gut-microbiota through neural, endocrine, immune, and humoral links.

In mice, for example, factors such as risk-taking and anxiety, which play a role in decision-making, have been associated with the gut microbiota. Antibiotics-induced changes in the gut microbiota led to increases in exploratory behavior while germ-free mice exhibited anxiety-like behavior and increased risk-taking behavior.

Among the studies with healthy human participants, relevant findings were obtained with the use of brain functional magnetic resonance imaging. One study showed that the Bifidobacterium concentration was positively correlated with the increasing connectivity of the frontal nodes of the default mode network, while the abundance of Prevotella genus was associated with the strength of expression of all networks.

Activity in the cortical regulatory regions of the brain plays a fundamental role in decision-making and is especially relevant to risk-taking behavior and intertemporal choices (the tradeoff among outcomes occurring at different points in time). Notably, patterns of brain activation evoked by risky and intertemporal choices are different, suggesting that the two domains utilize at least partially distinct sets of cognitive processes.

A seminal study demonstrated that chronic ingestion of a fermented milk product containing a five-strain probiotic mixture modulated the responsiveness of an extensive brain network in healthy women. In the experimental group as opposed to controls, reduced activity and changes in connectivity were observed in brain regions including frontal, prefrontal, and temporal cortices.

A double-blind protocol with 4 weeks of ingestion of either daily doses of probiotics or placebo (two groups, gender-balanced, between subjects’ design) was implemented.

The study included a questionnaire to control for diet, arousal, self-control, and mood effects, as well as to provide alternative measures of time and risk preferences. Fifty-seven participants finished the experiment.

“These findings provide the first direct experimental evidence suggesting a potential functional role on the part of the microbiota-gut-brain axis in decision-making, creating a path for potential clinical applications and allowing for a better understanding of the underlying neural mechanisms of risk-taking behavior and intertemporal choices.”

The authors suggested the potential for the therapeutic use of probiotics in populations that present abnormal patterns of risk-taking behavior, such as patients with attention deficit and hyperactivity disorder (ADHD), addictions, or depression.

Importantly, this study focused on behavioral responses to probiotic administration. Neither stool sample nor metabolic change analyses were performed. Further studies are recommended to better evaluate how changes in gut microbiota may affect decision-making.

The gut-brain axis may be a fundamental player in the neuronal mechanisms underlying decision-making. A new study in humans found a significant decrease in risk-taking behavior and an increase in future-oriented choices in the probiotics group as compared to the placebo group.

These findings suggest a potential functional role on the part of the microbiota-gut-brain axis in decision-making, creating a path for potential clinical applications and allowing for a better understanding of the underlying neural mechanisms of risk-taking behavior and intertemporal choices.

Rudorf, Sarah, and Todd A Hare. “Interactions between dorsolateral and ventromedial prefrontal cortex underlie context-dependent stimulus valuation in goal-directed choice.” The Journal of neuroscience : the official journal of the Society for Neuroscience vol. 34,48 (2014): 15988-96. doi:10.1523/JNEUROSCI.3192-14.2014