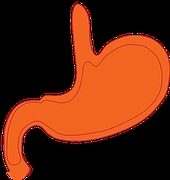 Bariatric surgery for severe and morbidly obese (Body Mass Index (BMI) >35–40) brings swift results: dramatically reducing cardiovascular risks and diabetes.
Current thinking credits immediate changes in the gut microbiome for the metabolic improvements observed after bariatric surgery.
Indeed, research has painted a picture of gut microbes in those suffering from overweight or obesity as well as type 2 diabetes and cardiometabolic diseases. In these people, low microbial gene richness correlates with low-grade inflammation, insulin resistance, and adipocyte size.
Yet in morbidly obese patients, the microbiota has gotten far less attention. Where is the solid data describing the microbiota after bariatric surgery? While there is a bit, most used dissimilar techniques in only a small cohort; very few applied whole metagenome sequencing. Belgian researcher Patrice Cani addressed this in Severe obesity and gut microbiota: does bariatric surgery really reset the system? which appears in Gut, an issue of the British Medical Journal.
Cani highlights one new study also in Gut from Judith Aron-Wisnewski and colleagues. The team looked at the impact of bariatric surgeries (adjustable gastric banding (AGB) and Roux-en-Y-gastric bypass (RYGB)) in severe obesity and at several time points afterwards.
Metabolomics analysis as well as high-resolution sequencing technology was used revealing known and unknown species abundance as well as precise functional profiling.

After surgery, weight loss and metabolic biomarkers dramatically improved. But the lower richness persisted even one year after the bypass.
Thus it appears the microbes weren’t necessarily driving the improvements in metabolic markers. The researchers found that microbial gene richness increased one year after gastric bypass, but never restored the signature, in spite of vast improvement in metabolism. In the confirmation cohort, richness was not even restored even five years later after surgery.
These data throw some shade on past assumptions. Microbe composition may be a cause or effect of severe obesity. And of course, other important drivers of microbe richness come into play: diet, exercise and medications.
That’s science: sometimes you are left with more questions than answers. Even so, the needle moves.