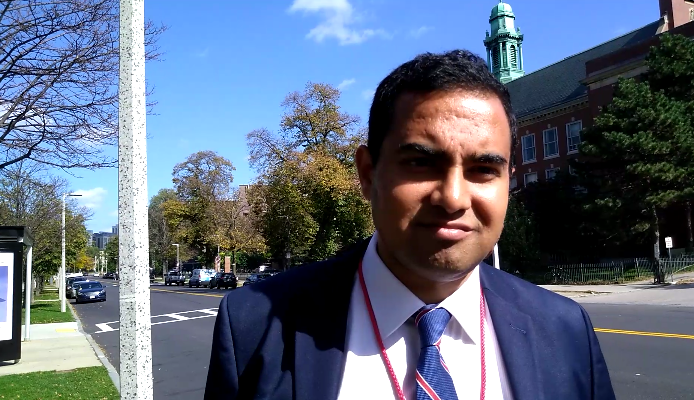 Plumpy’ Nut may have a silly name but its mission—to feed malnourished children—is deadly serious. This ready to use therapeutic food (RUTF in aid circles) made of milk powder, sugar, oil, peanut paste, vitamins and minerals along with locally made mixtures has succeeded in reducing deaths in children with severe acute malnutrition (SAM) in poor countries.

But studies show that these children don’t always catch up to their healthy peers. Scientists now surmise that microbes may have a role in that deficit. Speaking recently at the Harvard Probiotics Symposium in Boston, Sathish Subramanian, MD, PhD shared findings from his work done under the guidance of Dr. Jeffrey I. Gordon along with colleagues in Bangladesh. The title of his presentation was: “Gut Microbiota Maturation and Undernutrition.”

In other research conducted in Malawi, undernourished children exhibit impaired development of their gut microbiota. Transplanting microbiota from 6- and 18-month-old healthy or undernourished Malawian donors into young germ-free mice that were fed a Malawian diet revealed that immature microbiota from undernourished infants and children transmit impaired growth phenotypes. That research can be found here: Gut bacteria that prevent growth impairments transmitted by microbiota from malnourished children.
The authors concluded that these results show that microbiota immaturity is causally related to undernutrition. Thus revealed are potential therapeutic targets and agents.
Dr. Sathish Subramanian suggested that interventions altering gut microbes may be needed to achieve enduring repair of gut microbiota immaturity in childhood malnutrition and improve clinical outcomes.