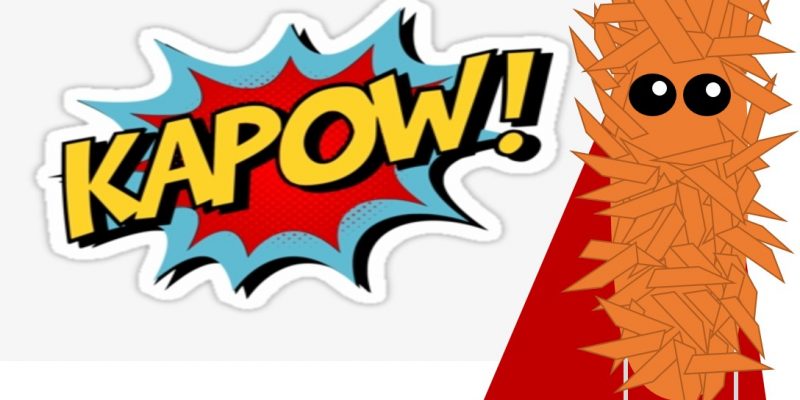 Escherichia coli Nissle 1917 is a Probiotic: A Tale of a Heroic Antagonist

Surprisingly Not All E. coli are Harmful

This probiotic’s tale reveals a surprising heroic antagonist, Escherichia coli Nissle 1917: a friend, disguised by a name associated with a foe. This Monthly Microbe takes a fascinating look into the question, when are a bacteria pathogenic, and when is it not? It’s a tale that begins in World War I, and tells of the heroic efforts in the human gut, by a misunderstood antagonist, E. coli Nissle 1917. Looks aren’t everything. One shouldn’t judge a book by its cover. This cool microbe is one of the most intensely investigated gram-negative bacterial strains! The surprising story of E. coli Nissle 1917 is a tale worth reading.

This Monthly Microbe’s tale started over a century ago, during World War I. Physician and bacteriologist, Alfred Nissle, was in a region heavily contaminated by Shigella spp. (a genus of gram-negative bacteria which can cause dysentery). He noticed there was a soldier, who in contrast to his comrades, did not develop diarrhea or intestinal disease. An avid researcher of bacteria, he took a closer investigation of the feces (yes, the poop) of the soldier. Dr.  Nissle isolated an E. coli strain that showed strong antagonistic activity against pathogenic bacteria (Yes, an E. coli was helping, a bacterium commonly associated with food recalls and digestive illness). This heroic strain of E. coli was named after Dr. Nissle, becoming E. coli Nissle 1917. Over a century of research, including more modern randomized clinical trials validate Dr. Nissle’s concept that applying E. coli Nissle 1917 could prevent or treat diarrhea (Of note, this strain was given the commercial name Mutaflor). Yet, how though can one strain of a bacterial species be helpful, when its close relatives cause great illness?

E. coli are a large and diverse group of bacteria. While some family members can make you very sick, most strains of E. coli are harmless. Yet, it’s the villainous strains that attract all of the attention. Strains of E. coli that cause disease, called pathogenic E. coli, produce a toxin called Shiga, and are responsible for 265,000 infections per year, according to the Center for Disease Control – the most common virulent being E. coli 0157. Usually, pathogenic E. coli enter your body from contaminated foods and liquids (these bacteria live in the intestines of many animals). Once in the gut, researchers have observed in laboratory studies, the villainous E. coli 0157:H7 can damage the lining of the gut within hours! Yet, what’s truly fascinating about this particular genus of microbes is while one strain of bacteria in this family can destroy the gut lining, its brother, E. coli Nissle 1917 does not. In fact, researchers have observed that when E. coli Nissle 1917 is present in the gut, the lining was not harmed, but arguably healthier. How is this possible when these bacteria are so similar?

To the average person, these two strains look very similar, and definitely would be described as brothers. No, there are no sharp horns or fangs on an E. coli microbe despite how media portrays this family of bacteria as villainous. E. coli Nissle 1917 is a rod-shaped bacteria, that’s almost cute. Like others in the E. coli family, E. coli Nissle 1917 has tail(s) – called flagella – and a hairy-looking appearance (called fimbria).

Yes, it’s good for you! Not only can E. coli Nissle 1917 help keep bad microbes at bay, it primes the intestinal tract to better defend itself. Here’s how:

Duel for a Healthy Gut: E. coli Nissle 1917 versus Salmonella

A unique skill of E. coli Nissle 1917 is keeping the bad microbes in the gut at bay. E. coli Nissle 1917 is a true antagonist of some of the most well-known bad guys of the gut, including Salmonella and other bad bacteria. According to the Center for Disease Control, Salmonella is estimated to be the cause of 1.35 million illnesses, 26,500 hospitalizations, and 420 deaths in the United States each year. Salmonella can cause illness that includes diarrhea, fever, and abdominal cramps, which develops usually 6 hours after infection, and can last up to a week. In the intestines, it takes beneficial bacteria time to return to normal levels, which can mean several months before bowel habits are relatively normal. Then, enters this story’s favourite antagonist, E. coli Nissle 1917. It has an incredibly robust ability to grab and soak up any available iron around it. It can do it better than most other bacteria. E. coli Nissle 1917 holds onto the iron so other bacteria can’t get it. Bacteria need iron to grow – like how humans need air. When E. coli Nissle 1917 grabs a hold of the iron, its pathogenic brothers (and other bacteria, like Salmonella) can’t get it or fight over it. This aptitude to grab iron inhibits the ability of bad microbes to grow and thrive. The duel winner is E. coli Nissle 1917!

Why One Strain is Different Than Another: Strain Specificity

With the news commonly reporting cases of illness and recalls of foods contaminated with E. coli, it’s easy for anyone to misunderstand this family of bacteria. However, after reading the tale of E. coli Nissle 1917, it’s clear that amongst the E. coli family members, not all strains of E. coli are bad. This tale brings up an important fact about our microbial world – each microbial strain needs to be respected for its unique properties. There is something scientists call strain specificity: where a strain is isolated from and who produces it can mean it is a completely different thing than another strain. Keep these microbial facts in mind as you explore more Monthly Microbes, brought to you by the International Probiotic Association, a non-profit organization for the safe and efficacious use of probiotics, recognized as the “Global Voice of Probiotics®,” and trusted leaders in probiotic research throughout the world.

Meet the most famous probiotic of all, Lactobacillus acidophilus, the ultimate party guest, Bifidobacterium longum, and the best microbial travel-buddy Saccharomyces boulardii.