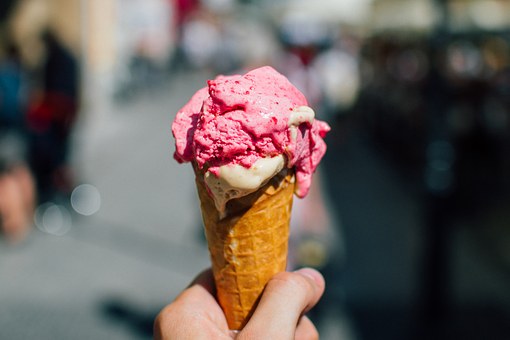 Decades ago, manufacturers created a novel workaround for the rapid meltdown: synthetic emulsifiers firm up shape and slow liquefaction.  Polysorbate 80 is one of many emulsifiers engineered into processed foods, beauty products and medications.

Emulsifiers are Generally Regarded as Safe (GRAS) according to the U.S. Food and Drug Administration. Yet consumers are growing wary of the long list of additives—all with noble purpose—that are tucked inside their goods. Purported safety is under attack.

Recent studies have demonstrated that some emulsifiers alter the colonic microbiota, leading to colonic low-grade inflammation, obesity, and metabolic abnormalities in mice.

Our gut microbes are implicated in these disorders. How do microbes respond to emulsifiers?

The mice were given P80 for 8 weeks. One group received the non-steroidal anti-inflammatory drug (NSAID) called indomethacin. Both ileal and colonic microbiota composition was assessed along with intestinal damage.

In other research this year, emulsifier exposure altered anxiety-like and social behaviors in mice, and did so in a sex-specific manner. One big clue comes from studies on germ-free animals. As illustration, these mice are protected from emulsifier exposure—no inflammation or metabolic changes. But when transplanted with microbiota from emulsifier-treated animals, disturbances arose.

In conclusion, emulsifiers are microbiota stressors which are only now being assessed after many decades of infiltration into the marketplace. Reading labels and consuming more minimally processed foods are good practices to minimize possible harms.

And finally, maybe ice cream is better eaten quickly—not so hard to do.