You are here: Home / Clinical Corner / How Gray are your Microbes? 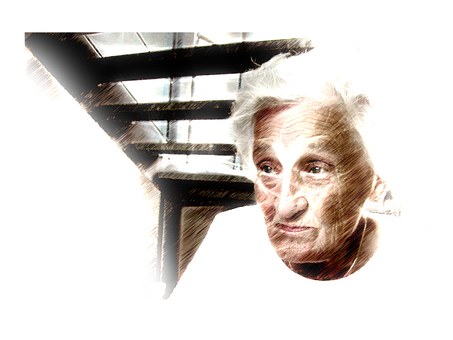 Is aging a disease?

Some in the ranks of research think it may be so. Others stick to the idea that aging begins after the snip of the umbilical cord, the intrinsic nature of the mortal beast.

Michael S. Lustgarten of Jean Mayer USDA Human Nutrition Research Center on Aging at Tufts University in Boston has written a provocative piece titled “Classifying Aging as a Disease: The Role of Microbes” which appeared in Frontiers in Genetics in December 2016.

Lustgarten explains the connection: A century ago, most deaths were caused by infectious diseases, including pneumonia, influenza, tuberculosis, gastrointestinal infections, and diphtheria. Improved sanitation, antibiotics and vaccines pushed average life spans in that time from 30 to 70 plus years.

Still microbes can kill and are making a comeback, stronger than ever after facing down powerful antibiotics.

How does this happen?

Proteins such as junctional adhesion molecule, zonulin, occludins, and claudin are superglue for tight junctions. But certain wily pathogens figured out how to un-super the glue. For example, Cholera, Shigella, and rotavirus each weaken TJ in their own novel way.

Indeed TJ protein levels decrease with age, as seen in research with baboons .

In a double whammy for seniors, at the same time gut walls start leaking, immune response is graying into immunosenescence , an-age related decline affecting both innate and adaptive immunity.

An uptick in bloodstream infections in older adults is therefore not surprising and has been validated by recent studies shared by Lustgarten.

Microbes and their products are pushing onto many theories of aging including insulin resistance, oxidative stress, inflammation, and telomere shortening. In the last, researchers found that telomere shortening occurs at a faster rate in the presence of cytomegalovirus (CMV) infection.

Must read: The article cites many fascinating results which link microbial burden with the progression of these diseases.

Thus, staving off pathogens can extend your years but infection will eventually be a probable cause of death as recorded in many aging populations.

Lustgarten concludes that aging can be slowed but not prevented entirely, as seen in microbe-free mice that lived 20–50% longer than expected:

“Nonetheless, as presented here, microbes are involved in mechanisms related to aging and age-related disease, and accordingly, I posit that any classification of aging as a disease should include the contribution of microbes.”

In Old Age, Our Altered Microbiomes Can Lead to Disease