You are here: Home / Microbiome Environment / Inulin: A Prebiotic to Remember 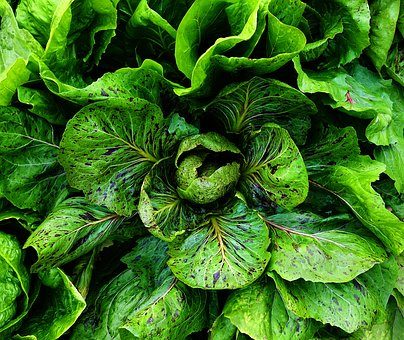 If you can’t recall the top food sources of inulin, keep reading.
Soluble fiber such as inulin—a prebiotic—may offset dysbiosis common in aging, potentially leading to mental benefits such as improving memory. These fibers can’t be digested but they can be fermented; bacteria feast on them  like guests raiding your pantry and in the process, leave behind short-chain fatty acids (SCFAs). Inulin is especially adept at creating a powerful SCFA named butyrate.
As hostess gifts go, butyrate is stellar. It can be anti-inflammatory. And it may improve memory, at least in mice.
New research from University of Illinois at Urbana-Champaign took a closer look at butyrate and its role in fighting neuroinflammation, a real drag on brain health. Butyrate and Dietary Soluble Fiber Improve Neuroinflammation Associated With Aging in Mice appeared in Frontiers in Immunology, August 2018.
Starting with the premise that aging itself leads to inflammation, the researchers wondered if an increase in butyrate-producing bacteria in the gut could attenuate neuroinflammation processes in aged mice.

Adult (3- to 6-month olds) and aged (22- to 25-month olds) Balb/c male mice were fed either 1% cellulose (low fiber) or 5% inulin (high fiber) diet for 4 weeks. Microbiome fecal samples were then analyzed to identify changes from baseline.

“Taken together, high fiber supplementation in aging is a non-invasive strategy to increase butyrate levels, and these data suggest that an increase in butyrate through added soluble fiber such as inulin could counterbalance the age-related microbiota dysbiosis, potentially leading to neurological benefits.”

Aging can bring forgetfulness but also very commonly, dementia and Alzheimer’s disease. Evidence linking brain performance to soluble fiber content and resultant short chain fatty acid production is an exciting advance in neuroscience.
And here is an important piece of the puzzle: the elderly are not getting optimal amounts of SCFAs. Data indicate that dietary fiber intake—a great source for SCFAs– for both older men and women is about 40% below the recommended adequate intake. The gut microbiomes in elderly people produce less of these SCFAs. Effort should be made to drastically increase fiber intake in this group. Poor dentition, taste changes and appetite reductions interfere with that goal.
Supplementation may be necessary as optimal amounts may be difficult to attain through diet alone.