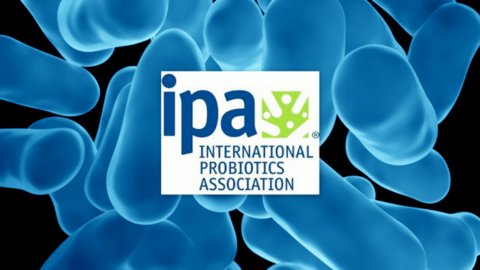 Los Angeles–September 13, 2018–Study flaws and press sensationalism are causing unwarranted consumer confusion about function and efficacy of probiotics, according to experts and representatives from the International Probiotics Association (IPA) regarding two studies published in the September 6th issue of Cell by scientists at the Weitzman Institute of Science in Israel.
The studies claim that probiotics might actually be prevented from colonizing in many peoples’ digestive tracts and further that they may deter recolonization of normal gut bacteria after antibiotic use.
Representatives from the IPA and the probiotic community are urging caution and context be used when interpreting the studies’ results.
IPA Executive Director George Paraskevakos points to some study flaws. “For example, the probiotic product used in the first trial was a blend of 11 strains, none of which were itemized or had any clinical justifications. This raises issues in terms of how the study was set up, and what was claimed,” he said.
Also under scrutiny is the timing of the probiotic administration in the antibiotic trial. “The probiotic was not administered to human subjects until seven days after the treatment with antibiotics commenced, after the damage by the antibiotics has been done,” said the International Scientific Association of Association of Probiotics and Prebiotics (ISAPP). “Dozens of human studies with specific probiotics have documented that probiotics prevent AAD or C. difficile infection. In most clinical trials, the probiotic is administered together with the antibiotics,” ISAPP stated in a recent release.
Professor Ger Rijkers, head of science department, University College Roosevelt, Netherlands, agrees. “If you wait seven days before starting with probiotics, the probiotics will enter an empty playing field and can colonize thus hindering the resident bacteria.”
Small subject size and questionable controls also have eyebrows raising. “The authors defined probiotic permissive and resistant profiles based on large-size statistical median cutoffs and modeling for a sample size of barely 20 patients. Although well designed, it is hardly an iron-clad result that can be extrapolated to the population at large and the authors themselves state that their study was not aimed or powered to assess clinical responses to probiotics. This type of conclusion is reserved for highly reproducible results over hundreds and thousands of patients, not a single proof of concept study,” said Jesse Ter Haar (née Younes), PhD, IPA scientific director.
Additionally, it is unclear if the subjects were controlled for diet and other known microbiome-effecting factors before/during the study and follow up period. The effects of diet, lifestyle factors (e.g. Exercise, smoking, medication use, circadian rhythm, etc.) on the microbiome are well known but unaccounted for in this study, she said.
With news headlines like “Probiotics Not Always Useful,” press sensationalism is an added concern. “Clearly, some press is not taking the time to tease apart these findings and report within an accurate context. For example, the study appears to confuse colonization with efficacy. They also don’t appear to be looking at the more than 1,200 studies showing probiotic benefits.” Paraskevakos said.
“It’s the generalization that’s striking; just one product has been investigated, and on a very small number of subjects” said Rijkers. “Please journalists: do your homework before starting to write.”

###
About IPA
The International Probiotics Association (IPA) is a global non-profit organization bringing together through its membership, the probiotic sector’s stakeholders including but not limited to academia, scientists, health care professionals, consumers, industry and regulators. The IPA’s mission is to promote the safe and efficacious use of probiotics throughout the world. Holding NGO status before Codex Alimentarius, the IPA is also recognized as the unified “Global Voice of Probiotics” around the world.