You are here: Home / Archives / IPA Response to Probiotic Findings in Genome Medicine 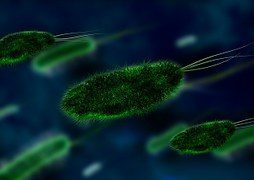 IPA response to the article published by researchers at the Novo Nordisk Foundation Center for Basic Metabolic Research at the University of Copenhagen on the effect of probiotic products on the fecal microbiota of healthy adults, in Genome Medicine

Kristensen and co-workers investigated studies that assessed the effect of probiotics on intestinal microbiota composition; the article is published in Genome Medicine. In their meta-analysis, the researchers conclude that probiotics do not alter the microbiota in healthy adults. The study does, however, not address the question of whether probiotics have a health benefit or not.
Reports in the press that the study shows that probiotics do not have a health benefit are a misinterpretation of the results. Academics and medics around the world acknowledge the benefits of probiotics for both short and long term health maintenance. Probiotics achieve such health effects via many different mechanisms of activity and not just by modulation of the gut microbiota. However, it should be noted that the gut microbiota can be upset by many environmental and lifestyle factors over the course of a lifetime (e.g. poor diet, medication, old age, etc.), and these reduce its ability to help maintain health. Probiotics can help the gut microbiota to stay resilient to such disruption or help recover from disruptions.
Professor Glenn Gibson (University of Reading), responded as follows to the press release:

“Probiotics are species of microorganisms. I am not surprised by observations that they do not markedly affect overall faecal microbial composition – given that many hundreds of other species already exist therein. It is a bit like adding hay to a haystack and expecting the new addition to be suddenly dominant.
However, it is not realistic to then assume that health effects are absent. I am convinced that there are widespread health bonuses and many can be prophylactic. The scientific literature now reports over 15,000 research articles on probiotics with conditions like gastroenteritis, Irritable Bowel Syndrome, cognitive issues, atopic reactions and others being included. Many trials are done with the best available technologies and are published in highly rated journals.
Of course not all products marketed as probiotics may exert benefits but the science does come through for the best strains.
It puzzles me that we can easily accept that orally ingested pathogens have massive effects at negligible doses, often being completely undetected in faeces, but do not foresee the same for probiotics.”

ABOUT THE INTERNATIONAL PROBIOTICS ASSOCIATION
The International Probiotics Association (IPA) is an international organization with members coming from, academia, and industry. IPA’s mission is to bridge the gap of all stakeholders in the probiotic sector, including but not limited to scientists, researchers, academics, health care providers, industry, consumers and regulators and be the unique platform where all these entities interact in enabling the probiotic industry’s awareness and growth. IPA holds NGO status before Codex Alimentarius and is ‘The Global Voice of Probiotics’ ™.