You are here: Home / Microbiome Environment / A Role for Probiotics in Multiple Sclerosis? 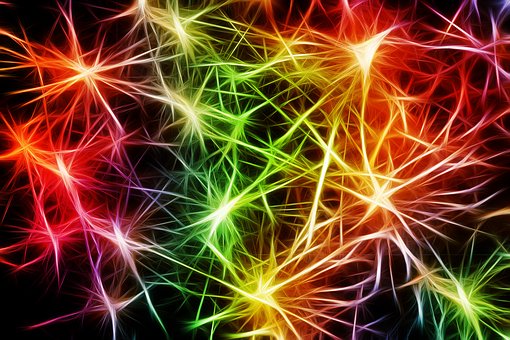 Multiple sclerosis (MS) is a chronic inflammatory autoimmune disease of the central nervous system. More than 2.5 million people worldwide live with MS. Women are nearly three times as likely to suffer and it is most common in North America and Europe. This article relates how researchers are exploring the role of altering the gut microbiome in managing MS.

MS damages the messaging between nerve cells in the brain and the spinal cord; these signals shoot along axons that are cushioned by myelin, a protective coating. In MS, myelin is attacked by the body’s own immune system, triggering an inflammatory response. Pain and debilitation ensue.

Increasingly, the gut microbiome is thought to play a role in MS pathogenesis via crosstalk along the gut-brain axis as well as its emergence as a center of regulation in immune responses.

One connection to microbes concerns the hygiene hypothesis, whereby little exposure to oral and fecal microbes at an early age predisposes to autoimmune diseases. In support, MS is more prevalent in developed countries where overuse of antibiotics, water chlorination, limited green space, and delivery by cesarean section, have led to changes in the microbiota.

Indeed, people with MS may have altered microbiomes or dysbiosis and increased intestinal permeability as well as other changes. Gut microbiota may contribute to MS pathogenesis by modulating host immunity through the regulation of multiple metabolic pathways. Studies show that dysbiosis leading to low-grade endotoxemia and systemic autoimmune inflammation may be valid also in the pathogenesis of MS.

A 2018 review titled “The “Gut Feeling”: Breaking Down the Role of Gut Microbiome in Multiple Sclerosis” explored these pathways:

A comprehensive table is also included listing microbes whose abundance is often higher or lower in patients with MS versus healthy controls.

A defect in intestinal Treg/Th17 (inhibit autommune response) balance has also been observed in MS models, suggesting a pathway for management as the balance is affected by microbiota.

Recent studies point to the contribution of microbiome to MS pathogenesis, with much of the work investigated in experimental autoimmune encephalomyelitis (EAE), a widely used animal model of MS.

In one trial, fecal microbiota transplantation (FMT) from human feces of MS patients resulted in severe EAE in germ-free mice recipients, coupled with alterations in the peripheral immune profile.

Specific immune responses have been linked with single bacteria, such as in the case of Clostridia and Bacteroides fragilis derived from human feces that have the potential to ameliorate EAE.

Indeed, oral treatment with a single bacterium or bacteria mixture can modulate EAE as observed in a range of studies. The administration of various Lactobacilli strains has been repeatedly shown to protect from EAE in mice studies. Findings often observed in EAE fail to be translated to human disease due to the differences that the model exhibits.

However, in a 12-week intervention study with 60 MS patients, a combination of Lactobacillus acidophilus, Lactobacillus casei, Bifidobacterium bifidum and Lactobacillus fermentum resulted in improvement in expanded disability status scale score over placebo.

“Focus on the gut-brain axis: Multiple sclerosis, the intestinal barrier and the microbiome” published in World Journal of Gastroenterology in 2018 explored trials using probiotics targeting MS in animal models and a few clinical trials. Results have shown some modest benefits but the authors concluded that study designs should be improved for more meaningful direction.

A better understanding of how gut bacteria modify immune response will aid in developing therapies for treating MS. Modification of the microbiome using  probiotics as well as FMT are  promising candidates.

Authors of a 2020 review titled “Microbiome in Multiple Sclerosis: Where Are We, What We Know and Do Not Know” cautioned that the clinical relevance—with respect to whether these alterations contribute towards susceptibility for MS or, instead, they exert a relative protective effect—remains controversial both for adult and pediatric populations.

With respect to future directions, the authors concluded: “We consider gut microbiota modulation as a promising intervention for the management of MS. Understanding the pathways that the gut microbiota implicate in order to shape host’s immune responses may elucidate therapeutic targets, such as the induction of immune regulatory cell populations via the promotion of an “anti-inflammatory” gut microflora.”