You are here: Home / Archives / No Bliss in Probiotic Ignorance 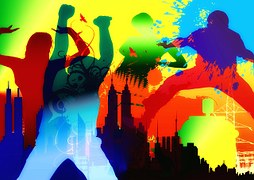 As you would expect, party banter sometimes leads to probiotics. Seems no one really knows too much but most people are aware of their importance, similar to how we feel about a political map of the Middle East.

Leigh Galasso, a graduate student at D’Youville College decided to find out what consumers know and analyze the data in a more orderly fashion.

In Gradworks online, Galasso wrote that the purpose of her work was to investigate:

·        sources of information about probiotics

·        visitors to a farmers market in western New York filled out a questionnaire.

Where were these shoppers getting their information?

How many people were actually taking probiotic supplements was not reported. But a big barrier to consumption was confusion as to which one to buy.

So many products, so little knowledge.

Most scientists would agree that microbes can be complicated. After all, they too are learning this whole new vocabulary of microbiota.

Therefore, tempering claims with solid evidence is crucial to moving the field forward.