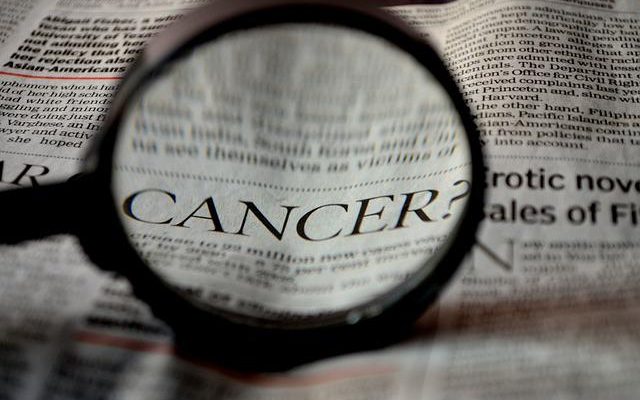 Breast cancer treatments developed over the last decades have greatly improved survivorship as well as return to a cancer-free life for many. Even so, 650,000 women globally died from the disease in 2020.

As described in the previous blog, dysbiosis emerged as a key player that may influence breast cancer development and prognosis through diverse biological processes.

The relationship between dysbiosis and inflammation appears to be bidirectional. Certain anticancer therapies interact with gut microbiota in a similar two-way dynamic.

Cytotoxic treatments may disturb the gut microbiota, and these disturbances in turn are associated with inflammation through alterations in immune regulation, cytokine expression, and gut barrier function. The resulting gut dysbiosis can contribute to a biological environment associated with a higher risk for cancer development as well as lead to further adverse treatment side effects.

Then again, gut microbiota may influence how an individual will respond to certain cancer therapies, modulating cancer treatments’ efficacy and adverse effects. Certain gut microbes may protect the host against inappropriate inflammation and modulate the immune response. Their relevance to breast cancer treatments will be explored here.

A remarkable range and depth of treatments are available for breast cancer.

After diagnosis and staging, breast cancer will be targeted with an appropriate treatment plan. Surgery, radiation, and systemic therapy—one or a combination— will be employed. Systemic therapy is the use of medication to destroy cancer cells. The types of systemic therapies used for breast cancer include chemotherapy, hormonal therapy, targeted therapies, and immunotherapy. Unfortunately, patients may respond differently even with standardized treatment protocols.

The microbiota could be a crucial piece of the puzzle to anticipate or improve effectiveness. Research shows that shifts in the microbiota can follow cancer treatments through the loss of commensals, the proliferation of pathogens, and/or a reduction in diversity.  The microbiota may affect treatment outcomes by metabolizing xenobiotic drugs, modulating immune response, or affecting local inflammation and gut barrier function directly or via its short-chain fatty acid (SCFA) metabolites.

Nevertheless, the mechanisms through which the microbiota may influence or be impacted by breast cancer treatments require further investigation.

Let’s begin with the role of microbiota (gut and/or breast) in systemic therapies followed by surgery and radiation.

Depending on the type and frequency of the drug, chemotherapy can be punishing, causing a host of unpleasant or dangerous side effects including increased risk of infection, reduced platelets for clotting, anemia, anorexia, mouth sores, taste changes, diarrhea, and hair loss.

The microbiota can also be affected.

In one example, a chemotherapy drug in the taxane class used in breast cancer reduced the count and capacity of beneficial gut bacteria in a study with mice. Specifically, Paclitaxel decreased the abundance of Akkermansia muciniphila, which could compromise barrier integrity resulting in systemic exposure to bacterial metabolites and products.

And in a clinical study, women treated with chemotherapy were observed to have an increase in the abundance of Pseudomonas spp. (pathogenic) in breast tumor tissue as well as a bacterial diversity reduction (tumoral breast tissue has been shown to have lower diversity than healthy tissue). In addition, the non-treated patients had a lower abundance of Prevotella in tumor tissue.

On the other hand, microbiota may impact the effectiveness of chemotherapy in breast cancer.

The gut microbiota plays an important role in the metabolism of chemotherapeutic drugs, activating or inactivating them. Indeed, the presence of one type of gut microbiota or another can determine the degree of efficacy of a drug. The microbiota’s composition may influence drug disposition, action, and toxicity.

For example, an influence of the intestinal microbiota on the efficacy or toxicity of some chemotherapeutic drugs such as cyclophosphamide, platinum salts, and irinotecan has been reported. Cyclophosphamides can damage the gut mucosa, making the gut permeable for gut bacteria, permitting their access into the bloodstream. A healthy microbiota may alleviate some of the harms.

Anthracyclines, broad-spectrum anticancer drugs, are also metabolized by several gut bacteria shown to be capable of inactivating the drug doxorubicin in that class. Overall, it has been well demonstrated that the gut microbiome can interfere with anthracyclines’ bioavailability modifying the drug’s movement and the patient’s response.

In addition, taxanes are subjected to bacterial metabolism. Taxanes can also interfere with bacterial lipopolysaccharides activating the immune system.

Adjuvant consumption of milk fermented with Lacticaseibacillus casei alongside the administration of the chemotherapeutic Capecitabine was recently reported to decrease metastasis of breast cancer in mice, increase survival, decrease IL-6 levels, and mitigate common side effects when compared to mice that consumed nonfermented milk alongside Capecitabine.

Notably, a study using a mouse model of hormone receptor-positive mammary cancer observed that preexisting commensal gut dysbiosis resulted in an increase of circulating tumor cells dissemination to the tumor-draining lymph nodes and lungs as well as enhanced early inflammation in the mammary gland. Metastatic dissemination occurs early in the disease and is facilitated by cross-talk between the tumor and tissue environment.

A common side effect of chemotherapy is mucositis, an inflammatory condition of the gut. Gut microbiota may attenuate or aggravate mucositis by influencing immune and inflammatory processes. Several lactic acid bacteria have shown benefit in animal models of mucositis and seem to be useful to maintain intestinal barrier function.

Selective estrogen receptor modulators are medications that block hormones from attaching to cancer cells. In this class of drugs, modulators such as Tamoxifen and Raloxifene have been observed to change the composition of the microbiome.

Hormone therapy side effects may include hot flashes, night sweats, and vaginal dryness. Hormonal therapy in most cases continues for 5 to 10 years depending on menopause status. The long-term impacts concerning the microbiota should be determined.

Targeted therapy is a treatment that aims at cancer’s specific genes, proteins, or the tissue environment that contributes to cancer growth and survival. This type of treatment blocks the growth and spread of cancer cells and limits damage to healthy cells.

Immunotherapy is designed to boost the body’s natural defenses to fight cancer. A healthy microbiota and its metabolites play a fundamental role in the development of the host´s immune system and tumor immunity.

There is growing evidence suggesting that certain cancer therapies perturb the host immune response and results in dysbiosis of the immune system, which then influences the efficiency of the therapy.

The immune system normally stimulates or inactivates a series of immune checkpoints to fight disease or inflammation. But cancer can co-opt these checkpoints to grow and metastasize. A form of immunotherapy employs checkpoint blockade agents. These agents may be influenced by microbes and their metabolites.

Therefore in addition to influencing anticancer immunity outright,  gut microbiota can affect the response and toxicity of immunotherapy.

Several recent studies demonstrated an impact of gut microbiota in mediating response to anti-PD-(L)1 immunotherapy. In a mouse study, oral administration of a cocktail of Bifidobacterium spp. combined with an anti-PD-L1 antibody almost abolished cancer growth. The mechanism appears to occur partly through the recruitment of key immune cells to the tumor site.

Another form of immunotherapy— cytotoxic T-lymphocyte-associated protein 4 (CTLA-4) inhibitors—has been seen to be enhanced by Bacteroides fragilis in mice and humans.

In addition, immunotherapy drugs are likely to modify patients’ microbiome, and their characterization could offer insights into the different disease responses to treatments.

Gastrointestinal surgeries tended to result in an increase of potentially pathogenic bacteria and a decrease of lactobacilli and bifidobacteria, according to a recent review. And, it is well-established that bariatric surgery induces significant microbial and metabolomic changes.

Little is known about breast cancer surgery’s effects. However, one study with breast cancer patients undergoing surgery found that changes in the gut microbiota may be involved in sleep-pain interaction and could be applied as a potential preventive method for postoperative pain.

Radiation therapy uses high-powered beams of energy, such as X-rays and protons, to kill cancer cells. Radiation can be given externally or placed internally (brachytherapy). Side effects of radiation therapy include fatigue and a red, sunburn-like rash where the radiation is aimed. The therapy promotes systemic inflammation.

Radiotherapy may also induce dysbiosis which has been postulated to potentially relate to radiation toxicity. While variability in gut microbiota has been reported as a potential contributor to the differences in tumor responses to radiation, research remains sparse.

However, one study found that a polyphenol present in tea called epigallocatechin-3-gallate (EGCG) increased the efficacy of radiotherapy in breast cancer patients. EGCG is considered a potential prebiotic.

But caution is advised as gut microbiota may be a double-edged sword for radiation response, with effects that can be either beneficial and protective or detrimental and resistant.

And as with chemotherapy, the microbiome can modulate the severity of radiation-induced mucositis by influencing inflammatory processes.

Medical research has made impressive gains against breast cancer. The extensive menu of treatments— surgery, radiation, and systemic therapy —have improved survival from this, unfortunately, common disease. Yet the treatments don’t always work the same for everyone and are often accompanied by severe side effects. Recent research suggests that gut microbiota may modulate cancer treatments’ efficacy as well as ameliorate certain adverse effects.

The manipulation of microbiota to select certain types of microorganisms— with the support of prebiotics and probiotics, for example—offers a potential strategy to improve response and lessen toxicity to various cancer therapies.