You are here: Home / Archives / Poop Pills Help the Medicine Go Down 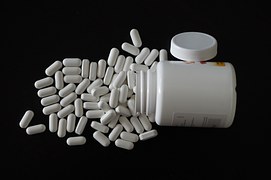 The astonishing success of fecal transplant in treating certain infections including the deadly Clostridium difficile is approaching 100%.

As was reported in an earlier IPA blog titled Honorable Discharge, stool from healthy people is delivered to the intestines of the sick, either through an enema or via a tube inserted into the nose.

A recent study from the Netherlands compared the transplant with antibiotics and saw the following results:

…”transplants cured 15 of 16 people who had recurring infections with Clostridium difficile bacteria, whereas antibiotics cured only 3 of 13 and 4 of 13 patients in two comparison groups.”

Back to the Future

The natural route is not particularly modern. In fact, fecal transplant has been used in traditional Chinese medicine from the 4th century and is also used in animal health for gut disturbances. Thankfully–or not– social media has discovered the lost art: watch a dude on YouTube showing how to mix the stool in a blender and inject it like an enema. Obviously it’s  too long a procedure for Vine .

Fecal transplant is a bit messy perhaps, but one has to appreciate the price–free– and the utter ubiquity of  stool donors.

But finding suitable benefactors is not as easy as it should be. Another recent IPA blog titled Stool Supplies for Fecal Transplants recounted one saga in which researchers discovered that very few pass muster.

Sudarshan Paramsothy and colleagues published Donor Recruitment for Fecal Microbiota Transplantation in Inflammatory Bowel Diseases in April 2015. Of 116 recruits only 12 were cleared to make a deposit. Reasons ranged from genetic risk to mental illness to unwillingness to deal with the gross factor.

The arrival of a poop pill would be most welcome. Several ventures are doing just that. As reported in the New York Times in November of 2015:

The story by Peter Andrey Smith reports that while the pills are not approved by the Food and Drug Administration they can be used by doctors during the experimental phase because of the lack of alternatives. Number two no longer.