You are here: Home / Scientific Committee / Probiotic modulation of the microbiota-gut-brain axis – a role for gender and age 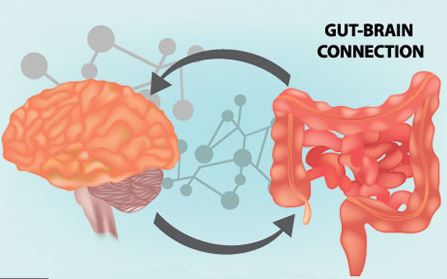 There are differences between men and women in almost every aspect of health and physiology. Yet, when it comes to the microbiome and microbiome-related effects on mood and stress and related conditions, there is a paucity of products that differentiate between effects on men vs women. When products are produced for women, they largely focus on vaginal health and urinary tract infections. Similarly, products for men focus on endurance and stamina. However, there are critical differences between the impact of microbiome modulation for brain health and wellness, and it remains an unmet area of need.

Over the last few years there has been an increase in studies which demonstrate that gut microbiota has a key role in the neurobiology of mental health and related disorders, with specific differences observed between males and females (Chen et al., 2018; Venmuri et al., 2019). These differences are further accentuated during critical periods of change through the lifespan (Dinan and Cryan 2017; Desbonett et al., 2010; Rincel et al., 2019). Specifically, it appears that events that impact early life result in a male bias for neurodevelopmental conditions while a female bias emerges more during adolescence and adversely affects the hypothalamic–pituitary–adrenal (HPA) axis (cognition/mood/stress related conditions) (Jagger et al., 2020; Rincel et al., 2019).

Emerging literature suggests that males may be more susceptible to early life trauma and that it may impact social behaviors more significantly than in females. In a preclinical model of early life trauma, it has been shown that adversity induces social deficits in male offspring, while it increases anxiety in female offspring (Rincel et al., 2019). A skewed male to female prevalence ratio has been observed in many brain health-related conditions (Jagger et al., 2020).  Some notable examples are autism spectrum disorder (ASD), attention-deficit/hyperactivity disorder (ADHD) and incidences of early onset schizophrenia (EOS).

Females appear to be significantly more impacted in adolescence and the impact is strongest for mood and stress-related conditions. Puberty is a critical window during which sex hormones and gut microbes influence each other (Kamimura et al., 2019; Markle et al., 2013).  Since stress can interrupt the gut microbiota in a sex-specific manner (Tsilimigras et al., 2018), it stands to reason that adversity encountered during puberty may be critical for the establishment of sexually dimorphic vulnerabilities for the brain. Some notable conditions with a higher prevalence in females include anxiety, depression, and post-traumatic stress disorder (PTSD).

Though there has been minimal gender-specific probiotic  research, select studies have shown that males and females respond differently to probiotics, depending on age, and health condition of the subjects. For example, it has been shown that a probiotic Lactobacillus plantarum strain can positively impact ASD symptoms in male children, while also demonstrating that younger children (7-12 years old) experienced greater benefits than older children (13-15 years old) (Liu et al., 2019). Similarly, long-term administration of a Lactobacillus rhamnosus strain during the first 6 months of life showed a correlation between lower counts of Bifidobacterium species and development of ADHD or Asperger’s Syndrome in male infants with at least one allergic first-degree family member (Pärtty et al., 2015). In these children, at the age of 13, no children in the probiotic group showed symptoms of ADHD or Asperger’s Syndrome (AS). However, in the control group, 4.0% of the children were diagnosed with ADHD, AS was observed in 1.3% of the children, and 2.7% of the children showed symptoms of both ADHD and AS by the age of 13 years. All the children with these neuropsychiatric diagnoses were male. Overall, 17.1% of the children in the placebo were diagnosed with the above-mentioned conditions as opposed to no positive diagnoses in the probiotic treated group, suggesting that early probiotic intervention may help attenuate these conditions in children. Further studies are needed to understand the underlying mechanisms for these difference in age and gender-related effects. But these studies do point to promising progress in investigating the role of gut microbiota and utility of probiotic interventions in addressing mental health-related symptoms.

This hypothesis also extends to other conditions including but not limited to IBS. It is well known that IBS predominantly affects women. Furthermore, anxiety and depression are common comorbidities in IBS and examining gender specific differences in utilization of probiotics for conditions such as IBS also need to be further explored.

Clearly, probiotic use cannot be reduced to a simple matter of male or female or young or old, but evidence suggests that some features in the gut-brain space are more common in women than in men, and that some are more common in children than in adults, and vice versa. More gender-focused studies, as well as documentation of gender gaps, are needed to fully understand and expand on these differences. Furthermore, the evidence provided here suggests that probiotics may be used to improve gut-brain wellness which may directly impact brain health on a case-by-case basis.