You are here: Home / Archives / Probiotic Use in HIV 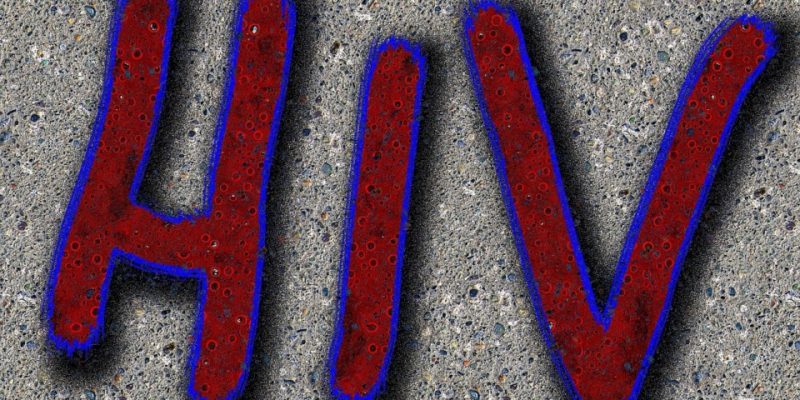 The human immunodeficiency virus (HIV) is not going away.

Tragically, 39 million are dead from the virus, reports the World Health Organization. Another 35 million people continue to live with HIV. 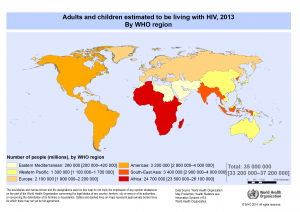 The cases are all over the map but not in equal numbers. Sub-Saharan Africa and other struggling nations suffer with a steady flow of new cases, many unaware of their burden. Yet, new drugs have made living a long life with HIV a clear possibility.

A capsule refresher from the WHO:

“The human immunodeficiency virus (HIV) is a retrovirus that infects cells of the immune system, destroying or impairing their function. As the infection progresses, the immune system becomes weaker, and the person becomes more susceptible to infections. The most advanced stage of HIV infection is acquired immunodeficiency syndrome (AIDS). It can take 10-15 years for an HIV-infected person to develop AIDS; antiretroviral drugs can slow down the process even further.

Immune systems must be handled with care.The question for researchers: are probiotics—live bacteria—a help or a risk?

First take a look at how probiotics could help ease symptoms.

HIV may bring chronic or occasional diarrhea. A study from Nigeria looked at 24 HIV/AIDS adult female patients. Yogurt fermented with strains of Lactobacillus delbrueckii and Streptococcus thermophilus was supplemented with Lactobacillus rhamnosus and Lactobacillus reuteri.

The test and control group each received 100 ml of supplemented or unsupplemented yogurt per day for 15 days. The mean CD4 cell count or the immune marker remained the same or increased in 11 of 12 probiotic treated subjects compared to 3 of 12 in the control.

Best of all, diarrhea, flatulence and nausea resolved in the entire probiotic-treated group within 2 days, compared to 2 of 12 in the control. The study can be found here in in the Journal of Clinical Gastroenterology.

Probiotics may lessen symptoms by:

The 44 patients were randomized to receive probiotics or placebo for 12 weeks. Biomarkers obtained soon after and then 3 months after the study revealed that treatment with S. boulardii decreased microbial translocation and inflammation parameters in HIV-1-infected patients.

Still, a weakened immune system as in HIV presents a conundrum: does bolstering the immune system with live bacteria present any risks?

The answers are murky. Isolated cases of harm have been reported. A case of bacteremia was recently reported in San Diego. However the researchers concluded that “the safety of products that contain lactobacilli (e.g. probiotics) in certain populations, including those with HIV/AIDS, is unclear.” See the article here.

As in all things, proceed with caution.