You are here: Home / Archives / Probiotics: A Fix for Nausea? 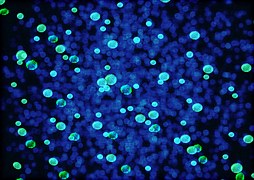 Nausea.  It sounds innocent enough: a queasy feeling or a dizzy stomach. But the feelings can be wretched for those suffering with motion or pregnancy-related morning sickness.

A relative recently disclosed that he hadn’t been taking his probiotics even though the bottle stared him in the face every time he opened the refrigerator. There had been some “nausea” last time he popped one.

Even a hint of nausea can put us off from a pill or food: aversion therapy at its most efficient.

Side effects are rare for those taking probiotics.  Still, people taking multiple medications may experience interactions that may be uncomfortable; those with compromised immune systems are told to be cautious which is a bit of a irony because probiotics can boost the immune system.

A quick literature review reveals that probiotics may figure more in relieving nausea than causing it.

Researchers at Catholic University in Rome, Italy observed that gastrointestinal side effects often follow the intense antibiotic therapy required to eradicate Helicobacter pylori, the cause of most ulcers. They wondered if probiotics could help.

In the sixty subjects randomly receiving antibiotics with or without a dose of lactobacilli, nausea as well as diarrhea and taste changes were reduced in the probiotic group. The study appeared in Alimentary Pharmacology & Therapeutics.

Above all, know that probiotics are unlikely to be the cause of the upset.

Encourage those naysayers to give probiotics another try. The rewards are great.