You are here: Home / Archives / Probiotics Cool on Inflammation 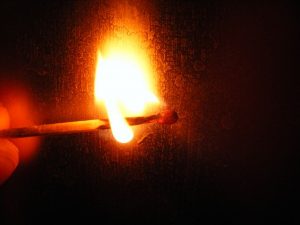 A fiery term which is much bandied about these days. Is inflammation the culprit in, as it appears, the majority of diseases and symptoms?

Sore neck? Perhaps it’s an inflamed tendon. Wheezing and coughing? Perhaps it’s the inflammation of an asthma attack. The list goes on: irritable bowel, rheumatoid arthritis, psoriasis and other autoimmune diseases. Heart disease, obesity and diabetes are now known to have links to inflammation.

Because inflammation paints our bodies as anxious kindling burning with any spark, it would be good to understand the science behind it.

First, a foreign substance, pathogen or injury triggers a chain of events in the immune system. A bee sting, infection or a sprained ankle will elicit the familiar signs of inflammation — heat, redness, swelling and pain. These are the first signals that your immune system is being called into action. In other words, the immune system is the body’s personal emergency room.

For a more technical explanation including chemokines, cytokines, vasoactive amines, eicosanoids and the like, read Chronic Inflammation in Obesity and the Metabolic Syndrome by Rosário Monteiro and Isabel Azevedo in  Mediators of Inflammation online.

In their rush to protect us, white blood cells and chemicals can damage our tissues, much like the bruises you may incur when shoved out of the way of a speeding car. Inflammation is an early part of the healing process and in healthy individuals it is only temporary.

Call it a case of mistaken identity.

The immune system attacks normal tissues as if they are infected or abnormal. In these false alarms, called autoimmune diseases, the body’s normally protective immune system causes damage to its own tissues.

Chronic inflammation hosts macrophages in the injured tissue which while defending the body, release toxins which can also injure surrounding tissues—collateral damage.

Many people  turn to medications to reduce inflammation: steroids such as prednisone and non-steroidal anti-inflammatory drugs (NSAIDs) such as ibuprofen or naproxen.

Others suggest a more natural approach: Exercise and diet. And probiotics.

Probiotic bacteria may reduce the release of cytokines which inflame and increase another called interleukin-10, which dampens inflammation.

A June 2015 article from the Ukraine and Italy discusses the knowns and unknowns in glorious detail: The role of beneficial bacteria wall elasticity in regulating innate immune response. Read the full article online in the EPMA Journal (the official publication of the European Association for Predictive, Preventive and Personalized Medicine).