You are here: Home / Archives / Probiotics Face Fear Itself 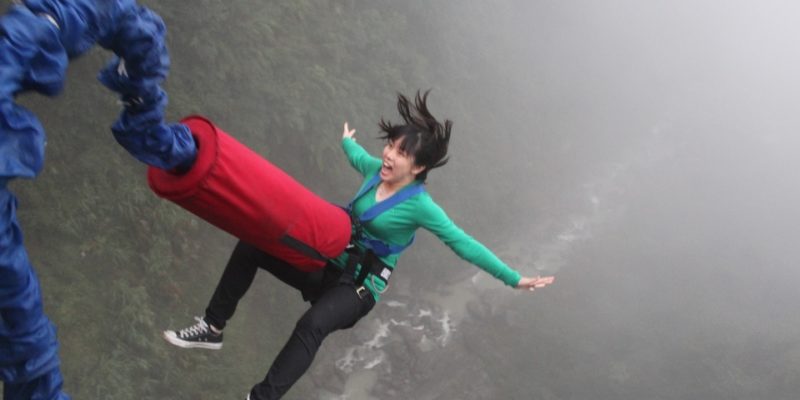 Ever wonder why one friend bungee jumps while another swerves at her own shadow?

Look to the parents. And their microbes.

Researchers are uncovering fascinating connections between microbes and behaviors later in life. Early life stress (ELS)puts individuals at risk for mental health problems down the line. And even scarier, is that these effects can be transmitted across generations. These connections were demonstrated by researchers from the United States and Australia who collaborated on novel experiments.
One study:

Other studies by the same team add to the evidence.

A combo of Lactobacillus rhamnosus and Lactobacillus helveticus normalized behavior of rats which had been deprived of mommy for a period. In contrast, the rats which drank water devoid of the probiotic mixture retained fear memories and were more apt to fall back into fearful behaviors.

In other words, a healthy gut talks to the brain: forgetaboutit, move on, adapt.

“Overall, probiotics acted as an effective and non-invasive treatment to restore normal developmental trajectories of emotion-related behaviors in infant rats exposed to ELS. These results provide promising initial evidence for this novel approach to reduce the risk of mental health problems in vulnerable individuals.”

The remedy seems easy, cheap and safe. Compare a simple probiotic mixture to years of therapy, expensive consults and psychoactive drug cocktails with side effects rivaling the worst hangovers.

Make mine a kombucha.