You are here: Home / Clinical Corner / Probiotics in Pregnancy May Prevent Baby’s Eczema 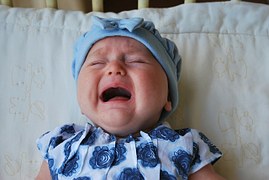 Eczema in infants is painful to see and even worse for them.

Soaring in numbers, this allergic skin disease is caused by genetic defects and foreign substances, often food. But surprisingly, it’s not only the diet of the baby which figures. Probiotics in the mother’s diet before birth may prevent some cases.

A new large meta-analysis conducted at the Imperial College in London by Vanessa Garcia-Larsen and colleagues sliced through 433 studies to find connections.

Their work appears in PLOS in February 2018: Diet during pregnancy and infancy and risk of allergic or autoimmune disease: A systematic review and meta-analysis.

It turns out those pregnant women given probiotics in the 36 to 38 week gestation period as well as the initial post-partum period reduced eczema by 22%, not an insignificant number. These supplements were either single or multiple organisms, given as capsules, powder, or part of a drink or infant formula milk, at a dose of 1 to 10 billion colony-forming units per day.

The full report, with a detailed description of the methodology used and all review findings, is available on the Food Standards Agency website.

“…our findings suggest that while infant diet may influence immune development through allergen-specific mechanisms, maternal diet during prenatal life and lactation may have broader effects on the developing immune system.”

This study lengthens the chain begun by other promising results with eczema:

Take-away: probiotic supplementation may be beneficial in eczema though strain and dose are still fluid.

Other reading on eczema:

Overview of Reviews The prevention of eczema in infants and children: an overview of Cochrane and non-Cochrane reviews.

Maternal probiotic supplementation during pregnancy and breast-feeding reduces the risk of eczema in the infant.

Probiotics and prebiotics in preventing food allergy and eczema.