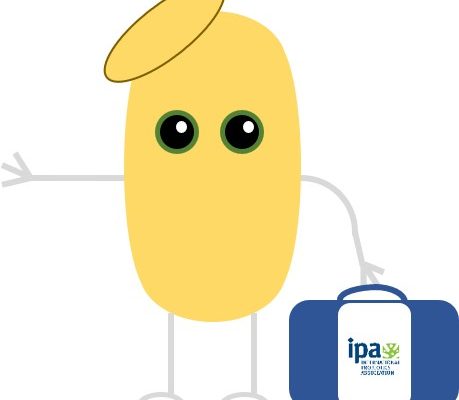 The Best Microbial Travel Buddy in Your Gut

One of the only probiotic yeasts, Saccharomyces boulardii, can be described as the best travel buddy in your gut. A resilient traveler, who is always moving to find the next best place to visit, this budding, digestion-helping, pathogen-eliminating yeast is not your regular bread yeast. Saccharomyces boulardii is a wonder of your gut – and it should be on your bucket list of microbes to take a closer look at. No microscope, or trip planning required – here’s why this yeast is worth writing home about.

Take a look at Saccharomyces boulardii, a large microbe – it is 4 to 5 times bigger than an average bacterium! It looks a lot different than rod or bifid-shaped bacteria in the microbiome – and, can be in a budding shape or elongated form based on its current destination’s climate.

Saccharomyces boulardii is a real traveler in the gut – it doesn’t tend to stick around in one place very long. In fact, hanging out in a Saccharomyces boulardii colony is a novel experience, as it’s always moving to and seeking out the best location. This yeast can elongate itself and move the colony over to a place where there’s a better temperature or food source. Talk about an ideal travel buddy – it has a knack for knowing when it’s time to pack up and move along to a better spot! No need to buckle up for safety: Saccharomyces boulardii is capable of switching between its two forms (elongated or budding), as a means of protecting itself, as it travels around the gastrointestinal tract to a better location.

Saccharomyces boulardii: A Pretty Resilient Traveler in the Gut

This robust traveling yeast is more resistant to the acid in your stomach, or bile salts in your digestive tract, than a lot of bacteria; all thanks to the proverbial suitcase of tricks this traveling buddy possesses. Saccharomyces boulardii can switch its form or morphology when its current location turns out to be unsatisfactory (too cold or low in nitrogen), and move along to a more desirable destination with a better climate. Talk about adaptability!

There’s no need to drive on cruise control with these yeasts around, they know when to speed up to get moving along, or slow down to survive. Saccharomyces boulardii is actually a really intuitive traveler – sometimes, when it needs to, it will bunker down, and sort of rest in a destination, while it waits for the environment to improve.

One reason Saccharomyces boulardii is described as the best traveling microbial buddy in your gut is because this yeast actually buds to create daughter cells just like it. Yeast is a single-cell organism that isn’t a he or she, as it doesn’t need another cell to replicate – it can bud off a small section to create a new yeast cell, that’s smaller than the parent cell. Of note, the bacteria in general replicate differently.

Not Your Regular Bread Yeast

It’s hard not to LOAF this yeast a lot when you realize what a SLICE it is! Yeast puns aside, Saccharomyces boulardii is not your regular bread yeast, though they are closely related. It is a subspecies of the popular kitchen yeast, Saccharomyces cerevisiae (a budding yeast that can ferment sugar to create carbon dioxide which is helpful in the baking of bread, or fermenting grapes to make wine). Saccharomyces boulardii, on the other hand,has tools in its proverbial suitcase – tools that are far more impressive than the ability to make dough rise. Our little microbial friend, Saccharomyces boulardii helps maintain a healthy gastrointestinal tract with its enzyme-modulating activity. This probiotic can stimulate the gut’s lining to make more enzymes to help you break down sugars (sucrose, lactose, and maltose). Other skills in Saccharomyces boulardii’s bag of tricks is its ability to help fight the battle against pathogenic bacteria in the gut, particularly those involved in diarrhea.

So where is this traveling yeast’s favorite destination? Wherever the sugars are! Saccharomyces boulardii has a bit of a sweet tooth. Or, perhaps more accurately, since yeast doesn’t have teeth, Saccharomyces boulardii is a specialist at metabolizing sugar. In fact, it loves a wide variety of carbohydrates. It prefers glucose, but it’ll ferment and use just about any sugar it can find, including lactose or maltose. Some experts even describe yeasts as the recyclers of the microbial world and that title certainly fits here.

Saccharomyces boulardii: A Line of Defense Against Traveler’s Diarrhea

These big yeast cells take up a lot of room when they adhere to the mucus that lines your digestive tract – so much room that their presence makes it hard for pathogenic bacteria to find any room to stay at that destination. As such, pathogenic bacteria who are really obnoxious and very troublesome tourists (they induce illness, like traveler’s diarrhea) have to keep traveling and try to find another place with availability .

Why are pathogenic bacteria a guest you don’t want? Pathogens produce toxins that can poke holes in the gut – that’s hard on your immune system. For example, Escherichia coli and Vibrio cholerae (bacteria involved in Cholera) are examples of pathogenic bacteria that produce toxins. Saccharomyces boulardii can not only can block receptor sites on the guts cells so toxins can’t bind, it also acts as a decoy – the toxins actually bind to this probiotic instead of the gut lining. It can also bind to these bad microbes and moves them out.

Traveling Led to Its Discovery

It was during a Cholera outbreak in the 1920s that Saccharomyces boulardii was discovered by French microbiologist, Henri Boulard. He noticed that some people who did not develop cholera were drinking a tea made from the outer skin of lychee and mangosteens. The agent responsible for the health benefit was isolated and named Saccharomyces boulardii.

Telling you all of these cool facts about Saccharomyces boulardii, is the YEAST we could do. Set your next destination on your probiotic itinerary, to Lactobacillus acidophilus – the most famous bacterial probiotic, or Bidifobacterium longum, and the ultimate guest at your proverbial microbial gut party, respectively. Safe travels – enjoy your next probiotic destination!

Efficacy and safety of the probiotic Saccharomyces boulardii for the prevention and therapy of gastrointestinal disorders. Therapy Adv Gastroenterol 2012 Mar; 5(2): 111-125.