You are here: Home / Archives / Seasons Change Our Microbes 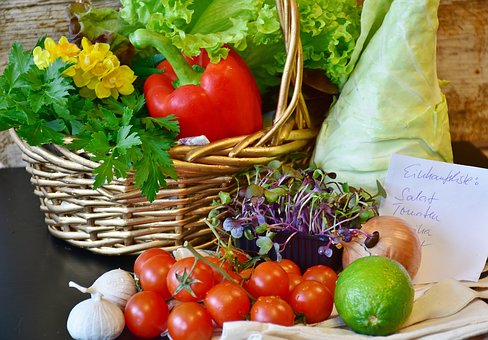 Cold weather seems to pack on the weight. Are we eating more hot apple pie or just not going outside to exercise? (Answer: both.)

Seasonal variations affect our weight, our moods—and now our microbes.

Early evidence comes from a group known as the Hutterites, who were chosen as research subjects because their diets are similar from winter to summer, day to day across the colony. Scientists at the University of Chicago Human Genetics department looked at microbial variation across one year for 60 members. The Hutterites are an isolated community of farmers in North America who descended from a small group of European emigres. (Read their fascinating story of survival in face of global persecution promulgated by a steadfast refusal to serve in the military.)

Results are reported in Seasonal variation in human gut microbiome composition in PLoS One.

Differences were found in:

What may have caused the differences?

Produce. Fresh fruits and vegetables were less available at certain times of the year. Unlike other parts of the world, where Amazon Fresh delivers ripe tomatoes in January, the colony lives on preserved, canned or frozen items in the winter. Stool samples and food intake questionnaires were used to ascertain microbes and food consumption.

“For example, high levels of produce containing complex carbohydrates consumed during the summer months might explain increased abundance of Bacteroidetes, which contain complex carbohydrate digesters, and decreased levels of Actinobacteria, which have been negatively correlated to fiber content in food questionnaires. Our observations demonstrate the plastic nature of the human gut microbiome in response to variation in diet.”

To be sure, many reasons exist for differences in microbial makeup: mode of birth and infant feeding, antibiotics, and disease are a few. However, diet is one of the most important predictors.

Seasonal variation may not only lie with diet of course. Sunlight, temperature and outdoor exercise may also figure into the microbial changes—another study in another season.