You are here: Home / Microbiome Environment / Seeking Clarity on Postbiotics 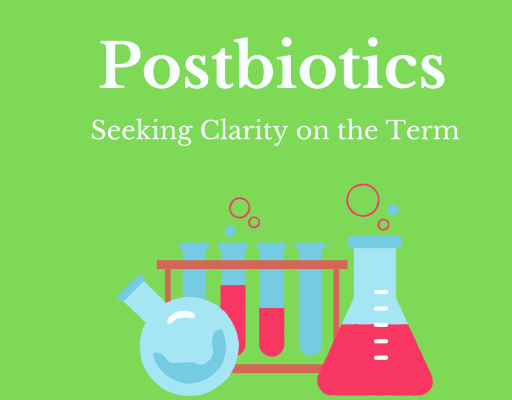 Postbiotics are emerging as potent forces for health, just as with probiotics, prebiotics and synbiotics. But unlike these related substances, the term postbiotic continues to cause no small amount of confusion.

Researchers working with probiotics observed that at times isolated factors produced by the probiotic activity elicited the desired response. They called these factors postbiotics. This early characterization continued to change and evolve as the components were further studied.

The current Wikipedia definition states that “postbiotics— also known as metabiotics, biogenics, or simply metabolites—  are soluble factors (metabolic products or byproducts), secreted by live bacteria, or released after bacterial lysis providing physiological benefits to the host”. This definition is attributed to a team from Mexico, published in Trends in Food Science & Technology journal in May 2018.

In 2021, seeking clarity on what qualifies as a postbiotic, a panel of experts at International Scientific Association of Probiotics and Prebiotics (ISAPP) sought a new definition.

To that end and after considerable debate and consensus building, they defined a postbiotic as a “preparation of inanimate microorganisms and/or their components that confers a health benefit on the host”.

The panel added that effective postbiotics must contain inactivated microbial cells or cell components, with or without metabolites, that contribute to observed health benefits.

It was stressed that a postbiotic does not have to be derived from a probiotic for the inactivated version to be accepted as a postbiotic. In addition, the panel said that purified microbial metabolites and vaccines are not postbiotics.

Notably, the ISAPP definition has not been universally accepted. A response from a large group of scientists worldwide (including five authors of the paper mentioned earlier from Mexico) disagreed with the ISAPP team on the definition, stability claims, valid markers of efficacy and use of the word “inanimate.”

The ISAPP panel stood by their arguments for the definition. The term probiotics may be a work-in-progress, but the factors being named are not new. Discovery of how postbiotics may benefit health continues.

In the ISAPP publication, the panel also discussed existing evidence of health-promoting effects of postbiotics, potential mechanisms of action, levels of evidence required to meet the stated definition, as well as criteria for a preparation to qualify as a postbiotic and safety and implications for stakeholders.

These proposed advantages are driving interest in postbiotics, especially for use where probiotics may be less tolerated (for example, some immunocompromised individuals).

By definition, a postbiotic must also confer a health benefit. The expert consensus panel described five different mechanisms of action:

The ISAPP panel reported that postbiotics may be beneficial in a variety of clinical indications as new antimicrobials, targeted anti-inflammatory and immunoregulatory agents; novel signaling molecules that affect gut pain, sensation, secretion and motility; and agents that enhance vaccination efficacy or modulate immune responses or that exert beneficial metabolic effects via interactions with dietary components. High quality trials are needed.

Today, researchers, industry stakeholders, regulators and consumers seek clarity on what actually qualifies as a postbiotic. A new definition has been proposed albeit with disagreement.

As the definition evolves, the potential for use of postbiotics to benefit health is becoming apparent, especially in situations where the use of live microorganisms may be ill advised.