You are here: Home / Microbiome Environment / Tempeh Tempts with Benefits 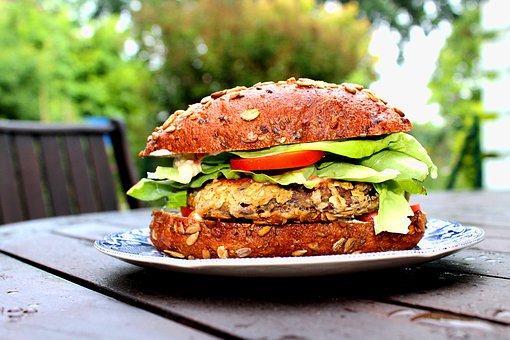 One of many fermented soybean foods popular in Asia, tempeh is finding its way into supermarkets worldwide. (Natto, miso, sufu, douche, soy sauce and doenjang partially round out the list.)

A traditional Indonesian food, tempeh is made by fermenting boiled soybeans with a starter culture of a fungus called Rhizopus oligoporus at room temperature for several days.

A savory white cake emerges, nutty and with a mushroom-like flavor. Clever home cooks serve it up in tasty recipes while trendy restaurant chefs steal a page from great-grandma’s cookbook, reviving an ancient tradition that’s as much science as art. See below for recipe ideas.

Nearly 10,000 years ago, humans learned the process of food fermentation. The advantages probably discovered by chance are today obvious: enhanced safety and preservation as well as improved taste and texture of most foods including meat, fish, milk, vegetables, beans, cereals, and fruits.

Spontaneous fermentation can occur as with sauerkraut or can be controlled by addition of “starter” cultures such as a fungus, which is used to ferment tempeh.

Tempeh may contain lactic acid bacteria, Enterococcus faecium, and Rhizopus filamentous fungi among other organisms. Composition will vary depending on production.

While a probiotic effect — “live microorganisms that, when administered in adequate amounts, confer a health benefit on the host” — has not been rigorously established for tempeh microorganisms, other purported nutritional effects may be seen through the following mechanisms:

Tempeh may contain potentially useful microorganisms, such as lactic acid bacteria (LAB) which could:

The act of fermentation can reduce toxins and anti-nutrients. For example, fermentation of soybeans may reduce phytic acid concentrations in tempeh.

Also, tempeh has been linked in vitro with greater free-radical and superoxide scavenging ability than unfermented soybeans, possibly due to changes in polyphenol content and digestibility in soybeans following fermentation.

Better studies in humans may imbue tempeh microbes with a probiotic capability beyond the tenuous evidence seen here.

Nevertheless, tempeh is low in calories and fat, as well as high in fiber and complete protein. Plus, it may replace some other protein sources such as meat and dairy products.

And remember, tempeh is also a perfect option for the vegan at your table.

Nutrition in a 3-ounce serving of tempeh

Try these recipes for a delicious venture into tempeh

21 Tempeh Recipes That Give Tofu a Run for Its Money