You are here: Home / Clinical Corner / A Look at Microbes in Schizophrenia 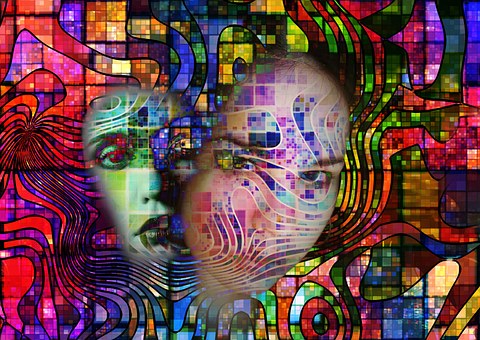 Marked by delusions and hallucinations, schizophrenia is not uncommon. More than 50 million people or 1% of humans suffer with this devastating psychiatric disorder.

Researchers believe that a combination of genetics, brain chemistry and environment contributes to development of the disorder. The gut-brain axis may be one pathway.

Immune system troubles are where the microbiome emerges as a player in the disorder. And in another clue, antipsychotics, routinely given as treatment in schizophrenia patients, produce anti-inflammatory effects.

In the past, an autoimmune process along with excess immune activation has been found in subgroups of schizophrenia patients.

A role for microbiota

The role of microbiota in the pathogenesis of schizophrenia and major depressive disorder and the possibility of targeting microbiota as a treatment option which appeared in Oncotarget in 2017 nicely reviews the data.

In one study cited, schizophrenic patients had more Lactobacillus in oral samples than normal controls. Numbers correlated with severity of symptoms in another study.

The pathogenesis of schizophrenia is not fully understood; however, a decrease in brain-derived neurotrophic factor (BDNF) expression and the resultant hypoactivity in N-methyl-D-aspartate (NMDA) receptor have been implicated in the pathology of schizophrenia.

A trial with probiotics in schizophrenia patients

One study investigated the effects of supplemental probiotics on the symptoms of schizophrenia and gastrointestinal function. Recruited schizophrenia patients were given strains of Lactobacillus rhamnosus and Bifidobacterium animalis or placebos for 14 weeks. While no improvement in schizophrenia symptoms was seen, the probiotic group showed improved gut function.

Gut microbiota can affect the brain by releasing essential amino acids and participating in the immune and inflammatory responses AND the brain can change specific bacterial species.

The microbiota is a valid target in the search for effective treatments for schizophrenia.