You are here: Home / About IPA / Board of Directors Members 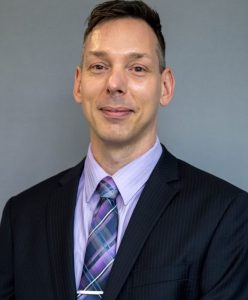 Joshua Baisley, B.Sc. Honors, Vice President Clinical Design & Delivery, joined Nutrasource in 2013, bringing 12 years of clinical, pre-clinical and regulatory natural health product experience. He also has four years’ experience in early stage antibody/biologic development. Josh is currently an IPA board member and has actively participated in both the Scientific and Education & Communication committees.  He is also the current co-chair for the IPA Technology and Standards Committee.  Josh has also presented on probiotic clinical trial design and regulatory pathways to market at various industry conferences and tradeshows.  With depth in regulatory filings and management of clinical trials, he understands clinical operations and regulatory thinking which has led to his respected relationship with Health Canada’s Non-Prescription and Natural Health Products Directorate as well as Therapeutic Products Directorate. From 2011 to 2014 he was a member of Health Canada’s “Canada Vigilance Expert Working Group”, representing the supplement industry toward harmonization of safety reporting for supplements, drugs and biologics.  Josh completed his undergraduate studies and the University of Guelph, specializing in microbiology and he also holds a certificate in regulatory affairs. 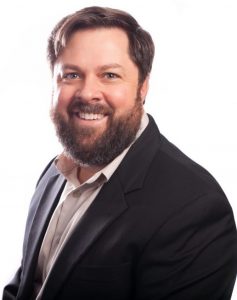 Jeremy Bartos, PhD, is the Senior Vice President of Research & Development at MeriCal, an innovative dietary supplements contract manufacturer specializing in probiotics. He has over 13 years of experience working in the dietary supplements and probiotics industries in a variety of product development, innovation, business development and sales roles.   Dr. Bartos has authored over a dozen peer-reviewed publications, is a co-inventor on numerous natural products patents, and has launched both branded proprietary ingredients and successful finished products tailored for various dietary supplement markets. Dr. Bartos received his PhD in Molecular Biology from Roswell Park Cancer Institute with postgraduate studies at the University of Rochester in cancer genetics and molecular biology. 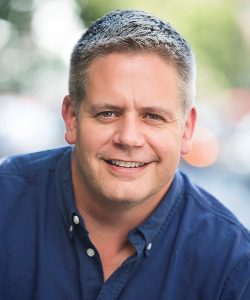 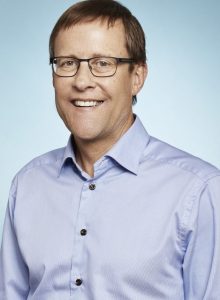 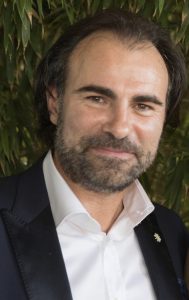 Marco Caspani has been working in the health ingredients industry for more than 18 years. With a degree in food science he has covered several roles in different Companies until he joined CSL in 2012, a company that since 1948 studies, develops and produces strains for the food and pharmaceutical Industries. In his role of General Manager, Marco defines and executes the strategies and leads the Company to become a global recognized probiotic manufacturer.

Isabelle Champié is Global Sales & Marketing Director for Lallemand Health Solutions for 11 years. With her team, she is responsible for the Marketing and development of LHS probiotic B2B sales around the world. She is also involved in the licensing or development of new products, new application and potential acquisitions. Before Isabelle worked in Marketing in a pharmaceutical group for over 11 years.  She has a Master of Microbiology and a Master of Business. 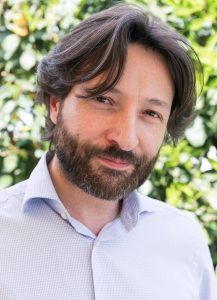 Francesco Girardo is the Sales Director for Probiotical, in Italy, focused on the international market. He has 16 years of experience in the probiotic field, managing at first an R&D laboratory developing research in the combination of probiotics and oligoelements and afterwards outlicensing patents in the Sales Dept. of Probiotical. Francesco has experience in management, fundraising, European projects and marketing and sales. 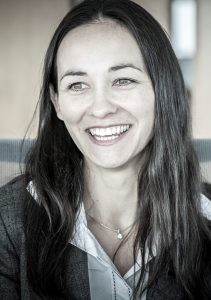 Aileen gained her BSc Hons in Animal Science in 1996 and Masters, focusing on the benefits of probiotics in poultry, at the University of Liverpool whilst working as a nutritionist. Joining Protexin in 2000 initially as their Technical Advisor, Aileen was promoted to Director in 2003. Her role as Director of Quality and Regulatory Affairs incorporates responsibility for product regulatory compliance and meeting the company's cGMP certification (MHRA). Aileen is also a Board Member of BAFSAM and is active with PRI and HFMA. 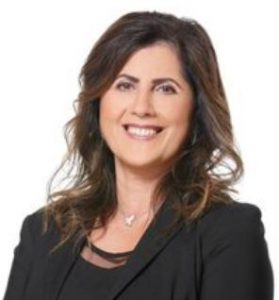 As an internationally recognized scientist and business leader, Najla Guthrie has left an indelible mark on nutritional science and the nutraceutical industry. Over the past 22 years, she has published over 50 papers in peer-reviewed journals and has been recognized as an influential expert within her industry. As one of the founders and current President/CEO at KGK Science, Najla has developed and strengthened the organization’s integrated research expertise, which now maintains a reputation for world-class nutraceutical and cannabis science. Najla is also a lobbyist for the advancement of regulations and policy changes for the supplement and cannabis industries. 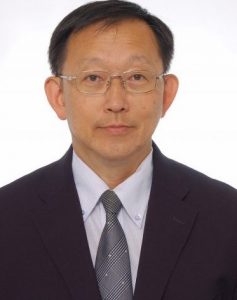 Shinji Hashimoto is the General Manager of the International Business Department at Yakult Honsha and in charge of legal regulations on functional foods, mainly in Asia. Prior to that, he worked at Yakult Central Institute as a developer of dairy products such as fermented milk drinks for about 20 years. One of his responsibilities was applying for Foods for Specified Health Uses in Japan, which can be effective for promoting the health benefits of foods to consumers. 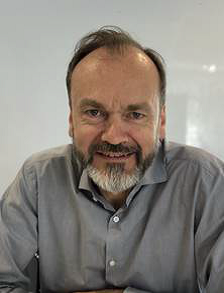 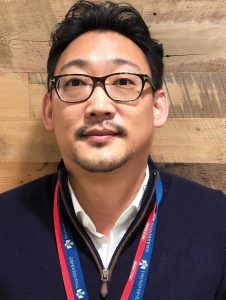 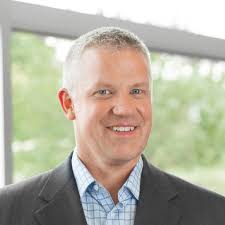 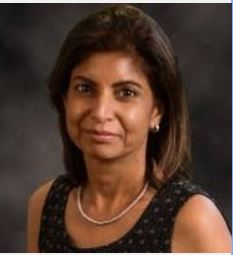 Seema Mody is Sr. Director of R&D at i-Health, consumer division of DSM with over 20 years of experience in food, pharmaceutical and dietary supplement industry. At i-Health, she is responsible for driving innovation and leading global new products and claims development with major focus in probiotic space. With her extensive background in pharmaceutical industry, she is passionate about bringing scientific integrity as well as manufacturing and quality standards to probiotics in dietary supplement space. She holds MS in Food Sciences and MS in Nutrition and Dietetics. 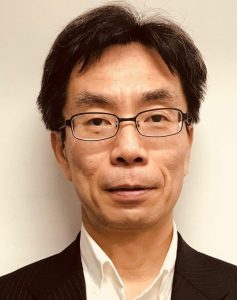 Nobuhisa Oe serves as the Senior Manager, BtoB Section – Sales and Marketing Department in the International Division, responsible for activities in sales and business developments for food ingredients all over the world except Japan. He joined Morinaga Milk in 1993, immediately after obtaining B.A. (Liberal Arts), International Christian University in Tokyo. He has experiences in various functions for overseas business such as purchasing, logistics and financial controls also for consumer products, but most of all, he loves the current position to promote Morinaga's Human Residential Bifidobacteria (HRB) such as B. Longum BB536. 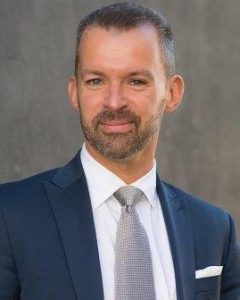 Marc Philouze is the General Manager of Gnosis by Lesaffre, the Human Health business unit of Lesaffre, a leading company in fermentation for the production of nutritional yeasts, probiotics, and beneficial molecules obtained from microorganisms. For more than 15 years, Marc Philouze has occupied leadership positions in various pharmaceutical, supplement and food companies, both in the US and in Europe. Most recently, Marc was the CEO of DianaPlantSciences that earned an Innovation Award from the Nutrition Business Journal, and an advisor to several ingredient suppliers as the Managing Principal at Advibio, llc. 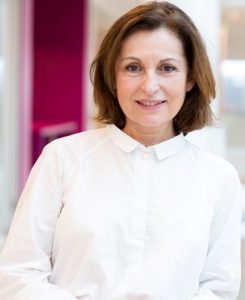 Christine M’Rini (MD, PhD) has about 25 years of working experience in clinical and health science, public and industrial, activities. After a post-doctorate in Harvard Medical school, she started as assistant and then Associate Professor of Human Physiology from 1996 to 2006 (Rangueil School of Medicine and University Hospital, Toulouse, France) leading research, teaching and clinical activities. Between 2006-2008, she was on secondment to the French Ministry of Foreign Affairs as Deputy Counsellor and then Head of the Section for Science and Technology for the French State and Embassy in China.  From August 2008 to December 2012, Christine worked as Scientific Director for the Institut Mérieux, a holding dedicated to industrial biology, serving the medical and public health sectors across the globe and, including four international companies: bioMérieux, Transgene, Mérieux NutriSciences and Mérieux Development.  During that period, she coordinates and operates a personalized medicine program and public/private partnership, ADNA (Advanced Diagnostic for New Therapeutics Approaches) in the fields of infectious diseases, cancer, and rare genetic disorders. In January 2013, she joins Danone in the Dairy Division as Life Science, Clinical Studies and Biometrics Director. In 2017, she was nominated Research and Innovation VP of the Medical Division of Danone. Since September 2019, she is the Health & Science VP of the Specialized Nutrition Division of Danone. She is or was member and/or coordinator of various French, European and international initiatives and/or think-tanks in the public and private domains. She is awarded as “Chevalier in the French National Order of Merit”. 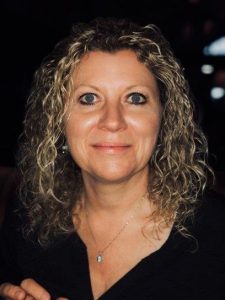 Dr Emma Pretswell serves as P&G R&D Director in the NA Personal Healthcare organization leading development for household brands including Vicks, Align, Metamucil, New Chapter and Pepto.  Emma has extensive experience in global business & organization development, holding significant roles in business leadership teams.  She is a passionate and motivated R&D thought leader delivering breakthrough innovation to exceed consumer expectations.  Her specialties include upstream development and product execution to market in full compliance with regulatory, safety and quality standards.  Emma is an organization developer including training and mentoring to maximize people development.  Emma has served as a committee member with CHPA and Dir-AG. 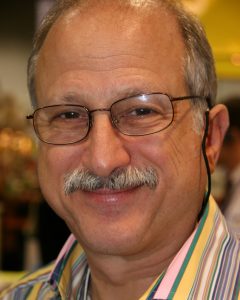 Jarrow Rogovin is the founder and Past President of the IPA.  Jarrow Formulas began selling probiotics in 1986, introducing the multi-strain concept and emphasizing QA/QC testing.  Jarrow has been active in regulatory affairs for many years and introduced the IPA to the FDA which led to subsequent meetings and open discussions between IPA and FDA.  There is now an annual probiotic symposium in Bethesda with FDA Office of Dietary Supplement Programs leadership and IPA in attendance. 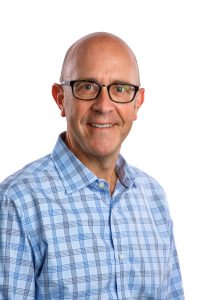 Matt Schueller has been a member of the probiotics and dietary supplement industry for 25+ years having come into the industry just before DSHEA was passed in 1994. During that time, he has served in many roles within Enzymatic Therapy/Nature’s Way including Innovation, Marketing, Sales, Strategy & Business Development.  He enjoys representing the voice of the branded manufacturers within the IPA Board. There has been a tremendous change and growth in our industry over those years and he has seen the impact that credible trade organizations can have in supporting the growth of the industry. He enjoys serving with IPA and helping to support future growth, he has been on the IPA board since 2018. 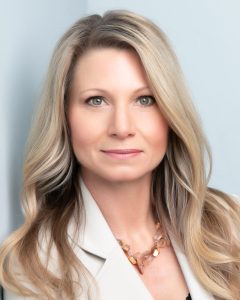 Amy earned a doctorate degree in Microbiology from Louisiana State University, minoring in virology and molecular biology.  After years conducting research on microbial pathogenesis and molecular detection methods, Amy began a career with DuPont, and is currently the Regulatory Global Lead for DuPont Probiotics.  Amy’s ability to understand science, regulation, and real-world industry promotes a forward-thinking probiotics industry platform for the success of DuPont probiotics, all at the current pace of immense industry growth. 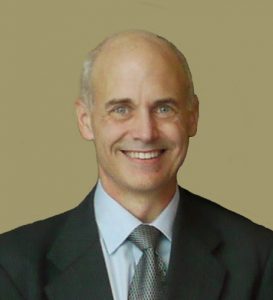 Richard is General Manager in the R&D Division of Meiji Co., Ltd. He has extensive experience in R&D related to dairy, functional foods, and medical foods and is responsible for international research collaborations and information technology. He is a member of the IDF Scientific Program Coordination Committee (SPCC) and the IDF Standing Committee Marketing (SCM) and organized the marketing conferences at both the 2013 and 2018 IDF World Dairy Summits. Richard holds a PhD from Duke University and is a frequent speaker on innovation and functional foods at dairy events around the world.