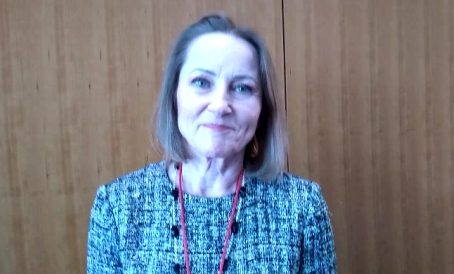 “For child health, I have learned, the mother is the person to treat. The healthier the mother, the better the child’s well-being.”

Dr. Erika Isolauri, MD, PhD, Professor of Pediatrics at University of Turku  has researched the microbiota from her lab in Finland for long enough to earn the soundbite. With over 440 scientific publications to her name, she spoke in early October at the Harvard Probiotics Symposium 2018 on The Prenatal Period: “Impact of the Maternal Diet, Including Probiotics”

One big concern is the obesity epidemic and its impact on microbiota and child health. “Globally, two of three pregnant women are obese,” she said.   In these women, Dr. Isolauri wrote recently, “An aberrant gut microbiota, dysbiosis, induces immune and metabolic disturbances both locally and, consequent upon impaired gut barrier function, also systemic low-grade inflammation, which is causally linked to insulin resistance.” One study she cited was instructive yet disturbing: the meconium microbiomes of infants born to diabetic mothers are similar to the microbiota of adult diabetics.

Intervention in the perinatal period may alleviate some of the damage. For example, lower bifidobacteria numbers precede the onset of obesity. And a scarcity of butyrate-producing bacteria and an overall richness of bacteria increase the risk of metabolic disease. Targeting these aberrations could be done early in pregnancy, said Dr. Isolauri.

Further complicating the picture, it is known that early gut microbiota are not optimum when disrupted by common practices including cesarean section delivery and antibiotic exposure—both which can contribute to obesity.
Still these practices are widespread—over 80% of babies in some parts of Brazil are born by C-section, most medically unwarranted—in spite of much evidence that it disrupts the microbiome and impacts the later health of the child.
Passing on a defective microbiome to your baby is not an inheritance for which you will be thanked.  The good news is that pregnant women may be able to prevent that undesirable scenario with targeted interventions.