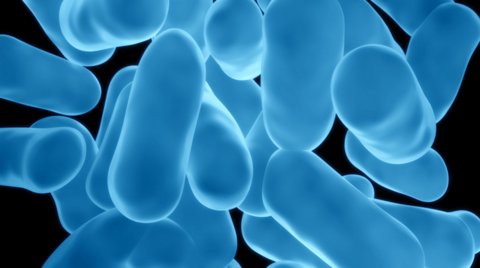 A widely viewed television program named “60 Minutes” recently posed the question “Do Probiotics Actually Do Anything?” Be sure to watch the 13 minute piece which aired on June 28, 2020 here.

IPA with its Scientific Committee immediately addressed the concerns and inconsistencies in the segment. Look at IPA’s official response below this short summary.

Several of the points refuted are in regards to:

Regulation is also a controversial topic in the program. To refute the statement that probiotics are “not tightly regulated,” IPA discusses the regulatory models used in various countries.

In conclusion, IPA believes that the well-intended program falls short.

While some of the participants recognize the potential of probiotics and highlight challenges going forward, the IPA believes that “the consumer will need more balanced sources of information to be able to make an informed choice.”

The IPA is committed to provide fair and objective information on probiotics to the benefit of the consumer and the probiotic industry, globally.

“Do Probiotics Actually Do Anything?” from the “60 Minutes” Television Segment Aired on June 28 2020.

The “60 Minutes” program by Dr. LaPook on the importance of the gut microbiome and probiotics for health highlights this fascinating field. For the International Probiotics Association (IPA), probiotics are well defined by the FAO/WHO as “micro-organisms, which when administered in adequate amounts confer a health benefit to the host”. A wide range of benefits of probiotics are broadly recognized by the health community. Probiotic effects are usually strain-specific, and well-characterized probiotics are safe for the general healthy population. In the US, probiotics may be foods or supplements according to the Food and Drug Administration (FDA), unless they come with a drug registration. However, the program did to reflect all of these factors and creates more confusion and misimpressions in consumers by failing to present balanced information.

It is suggested, in the segment covering the interview with Dr. Hibberd, that there is no evidence for the benefit of probiotics in antibiotic-associated diarrhea. The IPA would like to remind the reader that independent clinical organizations, such as the WGO (Guarner et al., 2017) and the AGA recommend specific probiotics (Su et al., 2020). For IBS, the WGO also recommends certain probiotics (Guarner et al., 2017). For allergies, a meta-analysis on the topic (Zhang et al., 2016) suggests a reduction of 22%.

The so-called placebo effect is mentioned in relation to probiotics; this effect is not specific to just probiotics, as users of pharmaceuticals may experience this as well. Studies conducted according to accepted scientific standards, including those conducted on many probiotics, are usually able to differentiate positive outcomes from a placebo effect through the randomization and blinding process. It should be also noted that there are different types of clinical studies: some investigate efficacy, some safety, and some explore different methods of action of the product.

The results from one undocumented product in an exploratory study from the Weizmann Institute are presented in the segment. While the study is technologically advanced, it included only a small number of subjects, and was not investigating any clinical endpoints. Just because the intervention did not recover the microbiota under the study conditions, does not mean that probiotics as a whole are ineffective (Suez et al., 2018). While the researchers were ‘surprised’ that the probiotics did not ‘settle’ (sic), it is important to understand that the scientific community widely acknowledges that probiotics do not colonize (Taverniti et al., 2019). Finally

the conclusion, in recommending caution with prescribing probiotics, is based on controversial results with a commercial product that is hardly documented as a probiotic.

In another interview, the efficacy and safety of probiotics in infant formula are questioned. In 2011, The European Society for Paediatric Gastroenterology Hepatology and Nutrition (ESPGHAN) concluded that there were no safety concerns in these populations (Braegger et al., 2011). It is always difficult to document a benefit in a generally healthy population, and this is also true for probiotic infant formulas. A further comment is made on the absence of long- term studies. One can discuss what long-term is, but the IPA would like to remind the reader that there are several longitudinal studies that have followed children from birth for 11 years or more (Wickens et al., 2018) and cancer patients for more than 20 years (Mutoh et al., 2020); none of which have raised safety concerns over these extensive periods.

It is stated in the program that probiotics are “not tightly regulated”, and thus implies that they submit to somehow “lower standards”. This is not the view of the IPA. In the US, depending on the intended use or category i.e. food, medical food, dietary supplement, or as a drug, each category has different regulatory requirements matched to the target consumer group. The Food and Drug Administration (FDA) has written and enforced regulations associated with the intended use. GRAS in the US is the standard by which Foods are regulated and likewise dietary supplements by the Dietary Supplement Health and Education Act (DSHEA). Other countries such as Canada, Australia, Japan, South Korea, or Brazil use different regulatory models with a different approach to premarket oversight for probiotic products. For probiotics to be featured on approved lists, most of these countries require manufacturers to submit data on GMP manufacturing, long-term ICH stability under standard ICH conditions, safety data and analyses for microbiological or chemical contaminants. The underlying theme in all categories is that probiotics are regulated in all cases.

Dr. Gordon is right, the microbiota is a fascinating study topic, and we are indeed only now starting to understand what the microbiota means for us and the role probiotics can play. Probiotics can be, and are already, a part of health for many consumers. Dr. Merenstein, who is positive about the potential of probiotics, acknowledges the challenge for consumers to make sense of all the data presented to them. Unfortunately, the well-intended program by Dr. LaPook does not make this easier. The consumer will need more balanced sources of information to be able to make an informed choice. The IPA is committed to provide fair and objective information on probiotics to the benefit of the consumer and the probiotic industry, globally.

IPA is an international not-for-profit organization with members coming from all segments of the probiotic sector, including but not limited to industry, academia, researchers, scientists, health care professionals, and end users. Our membership includes the majority of the world’s responsible manufacturers of live microorganisms and probiotics. IPA’s goal is to provide a unique forum for the exchange of research, science and the latest breakthroughs in probiotic technology and new product development. IPA’s mission is to promote the safe and efficacious use of probiotics worldwide. IPA also holds NGO status before Codex Alimentarius and is the “Global Voice of Probiotics”.

Additionally, IPA works with government bodies and industry to assist in establishing scientific standards for probiotic supplements and functional foods. IPA also strives to educate consumers on the proven health benefits of probiotics, while ensuring they have access to safe, effective, and high-quality probiotics.

Braegger C, Chmielewska A, Decsi T, et al. (2011) Supplementation of infant formula with probiotics and/or prebiotics: a systematic review and comment by the ESPGHAN committee on nutrition. Journal of pediatric gastroenterology and nutrition 52: 238-250.