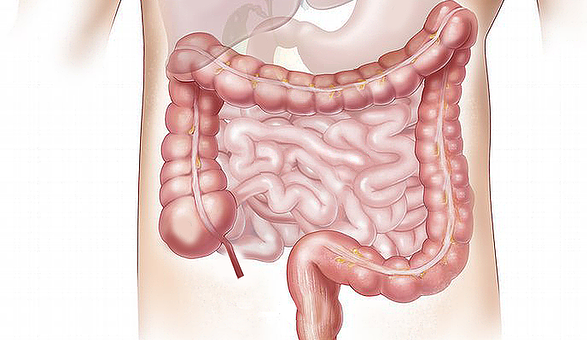 Colorectal cancer (CRC) is the second leading cause of cancer deaths —after lung cancer —worldwide. The World Health Organization reported 1,930,000 new cases and 935,000 deaths in 2020.

In the United States, early detection and prevention have contributed to rapid decreases in CRC incidence and mortality in the last 20 years. Reductions are thought to reflect the rapid dissemination of colonoscopy screening, which has a larger capacity for cancer prevention than other tests such as sigmoidoscopy, guaiac-based fecal occult blood testing, and fecal immunochemical tests.

Colonoscopy is the gold standard for finding and removing polyps, which may develop into CRC. Prepping for the procedure requires imbibing liters of laxative solutions to cleanse (via diarrhea) the bowel for better viewing. Not a pleasant experience, but it’s a necessary step so that the physician can see a clear picture.

Several studies have addressed this.

In spite of using only a small number of subjects, these studies show that the human gut microbiota changes significantly following bowel prep for colonoscopy. The duration of these changes has also been studied.

Persistence of changes from bowel prep?

The microbiota may be implicated in several complications of bowel prep and colonoscopy.

In ulcerative colitis patients, colonoscopy is associated with an exacerbation of symptoms. Immediate changes in beneficial microbes may contribute to this phenomenon.

There is evidence suggesting that undergoing a colonoscopy predisposes patients to appendicitis within one week. The risk is low but any links to microbial change are worthwhile exploring.

Potential for Probiotics and Prebiotics

Another probiotic mixture containing strains of Lactobacillus plantarum Lactobacillus lactis subspecies cremoris and Lactobacillus delbrueckiidiminished the presence and the severity of intestinal symptoms and improved stool form when given to a large outpatient group for 4 weeks after colonoscopy.

In addition, the duration of pain days post-colonoscopy was reduced in 133 patients taking a probiotic compared with 126 taking a placebo in one study. No significant effect was seen in terms of return to normal bowel function or bloating post colonoscopy. The probiotic capsule contained strains of Lactobacillus acidophilus and Bifidobacterium lactis.

Butyrate-producing organisms are known to be depleted in inflammatory bowel diseases (IBDs) which can require serial colonoscopies. Selective prebiotic intervention may increase the relative abundance of butyrate-producing microbes before and after the colonoscopy. Thus prebiotic treatment may help reduce post-colonoscopy symptoms and hasten the return to a balanced microbiota in IBD patients.

As colonoscopies became commonplace, researchers focused on the effect of the required bowel cleanse on the gut microbiota. Evidence shows that the gut microbiota changes significantly following bowel prep for colonoscopy. While there is some conflicting data, long-term changes are not generally seen.

Still, there may be risks to even short-term changes and discomfort. Several studies show that probiotic supplementation may benefit those undergoing bowel prep and colonoscopy.