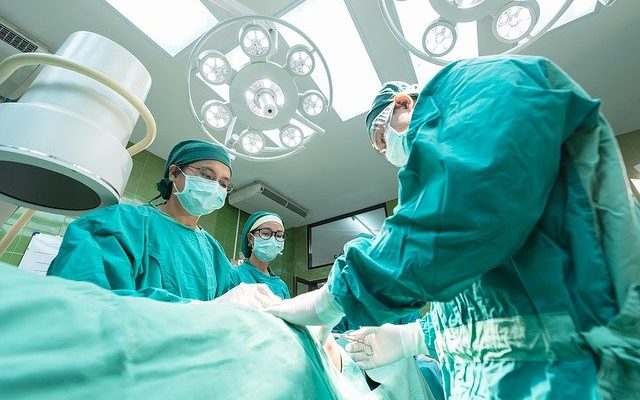 The health benefits of surgical interventions are undeniable; with the development of safer methods to administer and monitor general anesthesia over the past century, they have saved countless lives from cancer, heart disease, and other serious conditions. The patient’s health overall and the complexity of the procedure are factors that may predict how well a patient will recover after anesthesia/surgery. Nowadays, anesthesia is considered safe for most patients although some of them, most often elderly people, will experience cognitive symptoms after anesthesia/surgery, which can involve psychosis, anxiety, personality changes, and memory disorders. These types of complications are referred to as perioperative neurocognitive disorders (PND).

Although the specific mechanisms underlying PND are still unknown, a growing body of evidence suggests that the gut microbiota may affect cognitive function during the perioperative period via the gut-brain axis.

This blog discusses the links between the gut microbiota and PND, with a description of potential probiotic interventions that could help in preventing or alleviating PND.

Delirium, psychosis, personality changes, and memory disorders can occur from days to months after surgery, leading to poor recovery, prolonged hospitalization, and increased morbidity (illness) and mortality (death). While risk factors have been identified (such as patient characteristics, surgery type, choice of anesthetics, and anticipated complications), the mechanisms underlying PND are not clear. There are several hypotheses about the mechanisms underlying PND, including one involving the gut microbiota.

The interactions between the gut microbiota and the central nervous system occurring through neural, immune, endocrine, and metabolic pathways are defined as the microbiota-gut-brain axis. The gut microbiota can modulate brain function and behavior through this axis.

Certain circumstances or events during the perioperative period (before, during, and after surgery) can drive changes in the gut microbiota:

Fasting is routine in preparation for surgery, a practice that can change gut microbiota and in turn affect host health and immunity.

Stress can be triggered by impending surgery. Both physical and emotional stress can activate the sympathetic nervous system and hypothalamus-pituitary-adrenal (HPA) axis, thus increasing intestinal permeability and inflammation which could ultimately affect the gut microbiota.

Anesthesia can change the gut microbiota.In a mouse model, general anesthesia caused a decrease in gut bacterial diversity and depletion of several commensal bacteria including Clostridiales. In addition, opioid pain relievers increased susceptibility to intestinal infection in humans, and morphine was shown to damage the intestinal epithelial barrier function in mice.

Surgery can lead to dysbiosis. A review of 10 studies comprising 677 patients observed a tendency to an increase in potentially pathogenic bacteria and a reduction of lactobacilli and bifidobacteria.

Gut dysbiosis could potentially increase the risk of PND by damaging the intestinal mucosal barrier and blood-brain barrier (BBB), which can trigger neuroinflammation and oxidative stress in the brain and eventually alter cognitive function. Another role of the gut microbiota is to synthesize and release neurotransmitters; dysfunction in this process may lead to delirium.

Notably, elderly people may be more at risk of PND than young people because, in addition to possible pre-existing cognitive decline, elderly individuals tend to have a reduced diversity of gut microbiota as well as lower serum levels of short-chain fatty acids (SCFAs).

A few studies have concentrated on the relationship between the gut microbiota and PND, frequently focusing on elderly populations because they are at higher risk of experiencing PND.

In a study using aged mice that underwent anesthesia and abdominal surgery, a transient cognitive disturbance was linked with unfavorable alterations in gut microbiota and fecal metabolites.

In another study, anesthesia and surgery caused increased blood-brain barrier dysfunction (permeability) in both 9- and 18-month-old wild-type mice. Postoperative cognitive impairment was detected in the 18-month-old, but not 9-month-old mice.

In an additional age-dependent study with mice, anesthesia and abdominal surgery induced a more pronounced effect in terms of dysbiosis (reductions in gut Lactobacillus levels), behavioral changes, and other dysfunctions in the 18-month- old mice than in the 9-month-old mice.

Other studies in aged mice observed that alterations in the composition of gut microbiota appeared to be involved in the pathogenesis of postoperative cognitive decline and possibly contribute to delirium-like behaviors after abdominal surgery. A total of 20 gut bacteria differed between the mice with delirium and those without delirium. Further, antibiotics-induced germ-free mice that received fecal bacteria transplants from delirium-free mice (but not the cognitively impaired) showed improvements in behaviors.

Clinical studies about PND in humans are rare. Nevertheless, in a 2022 study in elderly patients who underwent abdominal surgery, links between the pathogenesis of postoperative delirium and the composition of the gut microbiota were observed.

Effect of probiotics and prebiotics

As prognosis is directly related to perioperative neurocognitive disorders, prevention and treatment are crucial. Many interventions are used to varying degrees of success and some with side effects, but emerging techniques involve the management of the gut microbiota.

Reduced fasting, reduced stress, judicious use of antibiotics, exercise, temperature monitoring, and altering the type of anesthesia are all factors that were identified as actionable to prevent PND and improve surgery outcomes; the

gut microbiota appears to be involved in mediating these effects.

In one study, pretreating mice with probiotics (VSL#3) prevented the learning and memory deficits induced by anesthesia and surgery. In addition, the numbers of eight types of bacteria changed after surgery but returned to normal after treatment with the mix of probiotics.

In another study, pretreatment with lactobacilli in mice undergoing anesthesia and surgery mitigated the detrimental effects of these procedures such as age-dependent delirium, dysbiosis, and other dysfunctions.

It is widely recognized that prebiotics can alter the gut microbiota. Recent research showed that administration of a prebiotic (galactooligosaccharides) had a beneficial effect on regulating neuroinflammatory and cognitive impairment in a rat model of abdominal surgery and was associated with the manipulation of gut microbiota.

Cognitive problems can arise during the period surrounding surgery— most often in elderly patients—which may impede or prevent a healthy recovery.

Fasting, stress, antibiotics, hypothermia, anesthesia, and surgery can all potentially lead to gut dysbiosis. The interactions between the gut microbiota and the central nervous system are mediated through neural, immune, endocrine, and metabolic pathways, collectively defined as the microbiota-gut-brain axis.

A growing body of evidence—mostly from animal models— has shown that the gut microbiota is likely to be involved in PND. Despite the scarcity of clinical studies so far, the gut microbiota presents a promising area of investigation for improving the prevention and treatment of PND.