You are here: Home / Archives / Yogurt and Gut Barrier: A New Link? 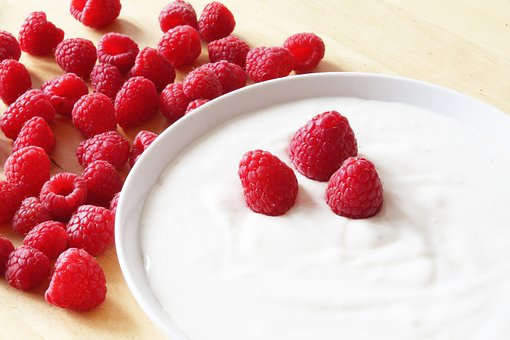 Yogurt, a fermented dairy product, supplies ample protein, calcium, vitamins and live microbes. A recent IPA blog described yogurt as a nutritional powerhouse  with an extra benefit for those with lactose intolerance since yogurt bacteria can increase lactase breakdown of the milk sugar in the intestine and help reduce symptoms from lactose maldigestion.

Such a recipe suggests considerable health benefits. For example, it’s true that evidence, mostly epidemiological, link yogurt consumption to some protection against type 2 diabetes. Yet the mechanisms for this benefit are poorly understood.

Now, a new study led by Xuehong Zhang at the Harvard T.H. Chan School of Public Health explored the association between yogurt consumption and concentrations of protein called plasma soluble sCD14, a promising candidate marker of gut barrier dysfunction. Plasma sCD14 is a receptor released by certain human cells as part of the innate immune response to bacterial antigens (lipopolysaccharide). Notably, research has observed that “increased gut permeability to sCD14, after a lipid challenge was linked to the diabetic status in obese people.” However, in another study, CD14 has been reported as having a protective role on gut barrier integrity and not being a consequence of impaired barrier.

Yogurt is produced by fermentation of milk (mostly cow’s milk but also from goat, ewe, camel and water buffalo.) Soy, rice and nut milks can be also fermented into yogurt-like alternatives for those requiring or preferring plant-based foods. Lactobacillus delbrueckii subsp. bulgaricus and Streptococcus thermophilus bacteria, as a symbiosis, ferment lactose and produce lactic acid giving yogurt a creamy texture and tart flavor. Other lactobacilli and bifidobacteria are sometimes added during or after culturing yogurt to create a probiotic product. Codex Alimentarius and most other national regulatory agencies have established a minimum level of 107 colony-forming units (CFU)/g of yogurt starter microorganisms.

“Higher yogurt consumption was associated with lower soluble CD14 concentrations, especially in men. Our findings suggest the strengthening of gut barrier function as a plausible mechanism for the observed inverse associations of yogurt consumption with gastrointestinal diseases and disorders involving other systems.”

A role for yogurt’s probiotics?

As described before in the brief review, probiotic bacteria may be used in the production of yogurt; these organisms — among other components — may feasibly assist in strengthening the gut barrier.

Nevertheless, scientists now know that a degraded intestinal mucosa with a weakened barrier function against the entry of toxins and pathogens may have direct effects on several disorders including metabolic syndrome, atherosclerosis, inflammatory bowel diseases, and colon cancer and indirect effects on depression, anger, anxiety, and levels of stress hormones.

Seeking the precise components in yogurt, other fermented foods and different types of micro-organisms that may strengthen gut barriers are the next steps. But as always, the type of micro-organism and strains are important because different strains might have different effects.