You are here: Home / Archives / Immune Impacts of Probiotics, Prebiotics and Synbiotics 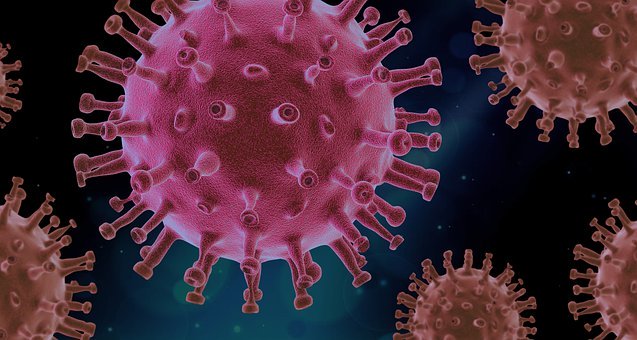 With health presently top of mind, many questions surround what we can do to keep healthy and support the immune system. Maintaining a healthy immune system allows the body’s defense system to fight pathogens such as viruses. At the same time, immune responses are negatively affected by ageing (Pawelec, 2018), various health conditions, obesity (Smith et al., 2009) and stress (Locke et al., 1984) (Nishihira et al., 2018).

The immune system is similar within the digestive tract, lungs and mouth/throat. Substances produced by the immune system help us defend against or respond to bacterial pathogens and viruses.

Viruses such as influenza can cause severe upper respiratory tract infection (URTI) (Nishihira et al., 2018). However, studies indicate that beneficial changes to the gut microbiota can reduce complications and intensity of URTI (Gao et al., 2020), and symptom severity and duration (Vouloumanou et al., 2009).

Probiotics and the Immune System

There is a general consensus that consuming probiotics supports immune function by adjusting the microbial balance or by interacting with the host immune system (Corthésy et al., 2007; Ouwehand, 2007). The effects can include an increase in the count and activity of immune cells such as leukocytes, neutrophils and natural killer cells (Guillemard et al., 2010a).  Azad et al. (2018) noted that probiotics and synbiotics have the potential to enhance immune responses. Similarly, Nishihira et al. (2018) observed that “Among various potential candidates, the use of probiotics is one possible way to prevent influenza virus infection.” Furthermore, short chain fatty acids and other compounds produced by probiotics and stimulated by prebiotics also have a positive effect on the immune system (Frei et al., 2015). Overall a consistent body of evidence suggests that consumption of probiotics may decrease the incidence or severity of common infections, including acute respiratory infections (King et al., 2014).

Probiotics: Evidence for Impact in Infections

Studies indicate that certain lactic acid bacteria, strains of Lactobacillus and Bifidobacterium may help the immune system by producing or triggering beneficial compounds. However, this is limited to certain probiotic strains that may support the immune system (Rask et al., 2013; Van Puyenbroeck et al., 2012).

Several large clinical trials have been conducted with selected strains of probiotics and synbiotics (probiotic and prebiotic combination) to assess their ability to reduce URTI, influenza, and rhinovirus infection (common cold).

While it is difficult to extrapolate results from studies with different strains and different types of respiratory infections, collectively, these results point to support of the immune system using select strains of probiotics, certain prebiotics and specific combinations of synbiotics. In certain cases, these may potentially reduce the incidence, severity, and duration of some viral URTI. These results cannot be extrapolated to other populations such as the immune compromised. Finally, while it may be tempting to look at these results in the light of the current COVID-19 epidemic, it should be noted that currently no studies have been performed with probiotics in this field.

Guillemard E, et al. 2010a. Effects of Consumption of a Fermented Dairy Product Containing the Probiotic Lactobacillus casei DN-114 001 on Common Respiratory and Gastrointestinal Infections in Shift Workers in a Randomized Controlled Trial. Journal of the American College of Nutrition. 29(5):455-68.

Guillemard E, et al. 2010b. Effects of Consumption of a Fermented Dairy Product Containing the Probiotic Lactobacillus casei DN-114 001 on Common Respiratory and Gastrointestinal Infections in Shift Workers in a Randomized Controlled Trial. Journal of the American College of Nutrition. 29(5):455-68.

Villena, J., et al., 2012. Probiotics for everyone! The novel immunobiotic Lactobacillus rhamnosus CRL1505 and the beginning of social probiotic programs in Argentina. International Journal of Biotechnology for Wellness Industries. 1: 189-198.